Almost everyone can identify a “garter snake” in Michigan!

Today, you are going to learn about 3 garter snake species in Michigan!

Eastern Garter Snakes are common and easy to locate in Michigan!

Look for these garter snakes in Michigan basking in the sun in grassy areas near cover.

Did you see a slender garter snake in Michigan with a long tail? 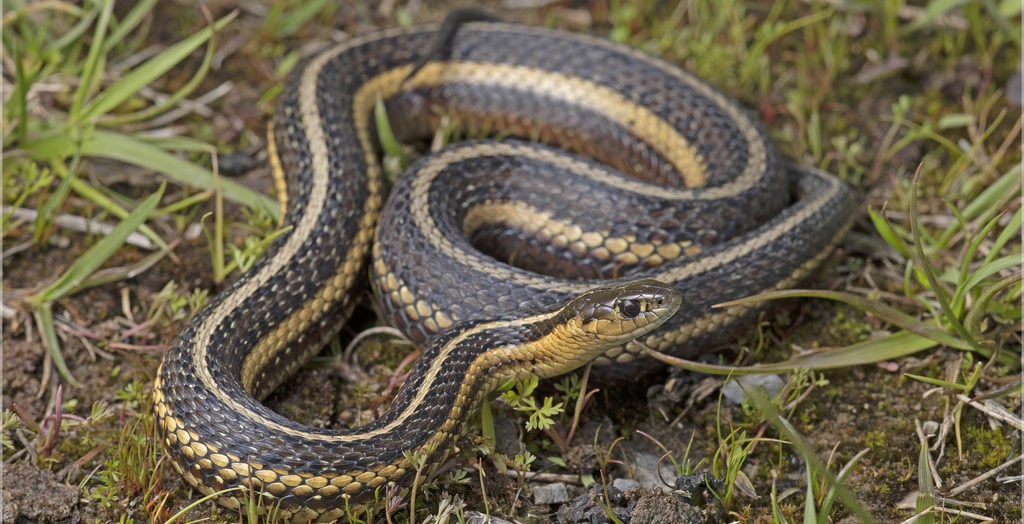 So how do you tell the difference?

What’s unique to Butler’s Garter Snakes is the placement of their side stripes! Technically speaking, they are centered on the third scale row up from the large, elongated scales on the underside of the body. The side stripes also overlap the adjacent second and fourth scale rows. 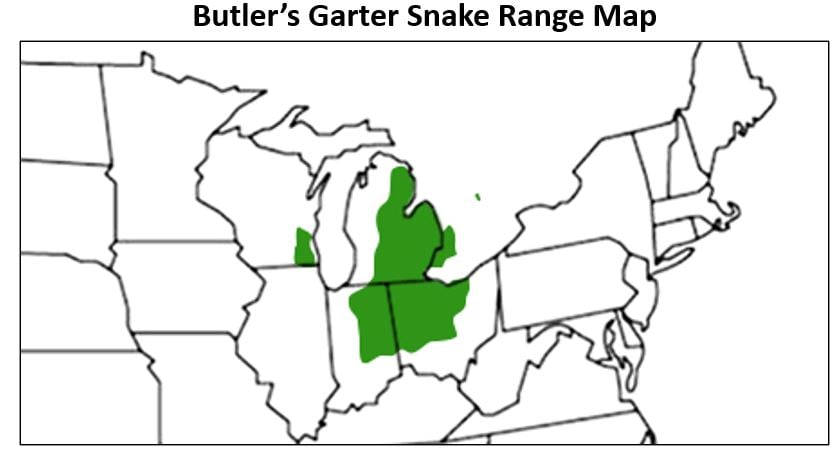 But unless you’re a herpetologist or want to inspect a snake closely, this probably means nothing to you. For the rest of us, their head is typically a bit small compared to other garter snakes. In addition, when they are threatened, instead of fleeing, they tend to thrash around in place.

This species is considered endangered in parts of its range. Industrial development of agricultural land has caused significant habitat loss and degradation in their range. If you want to find one, look in moist grassy habitats, typically under cover objects like rocks, logs, boards, and other debris.

Which of these garter snakes have you seen in Michigan?