Almost everyone can identify a “garter snake” in Oregon!

Today, you are going to learn about 4 garter snake species in Oregon!

This garter snake can be difficult to identify in Oregon!

This species is the only garter snake in Oregon with a tendency to constrict prey! Most garter snakes grab their prey quickly and just swallow, rubbing their prey against the ground if necessary.

Look for these garter snakes in Oregon under rocks, logs, and other objects, which they use for cover and thermoregulation. During the winter, they hibernate, often communally below the frost line. They will use a variety of underground cavities, including mammal and crayfish burrows, rock crevices, ant mounds, as well as manmade spaces such as foundations and cisterns. 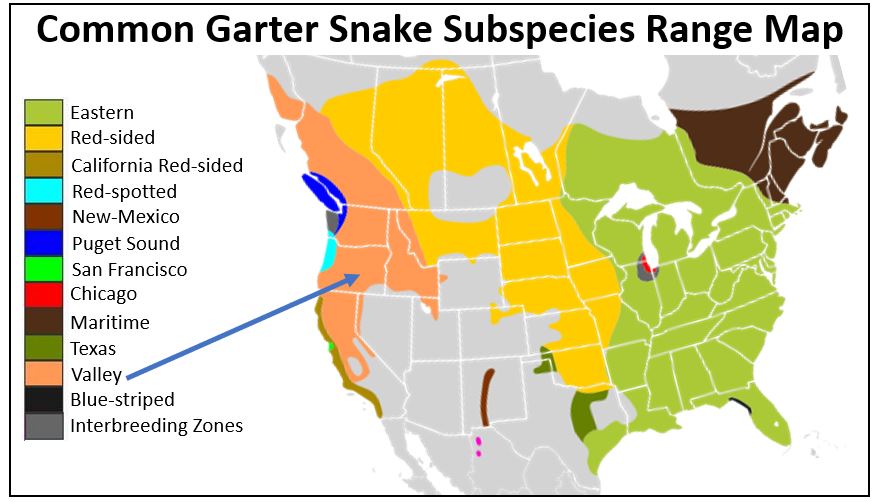 The Aquatic Garter Snake occupies various habitats in southwestern Oregon, including brushlands, woodlands, grasslands, and forests. But, as the name suggests, they are always near a water source such as a pond, marsh, stream, or lake. 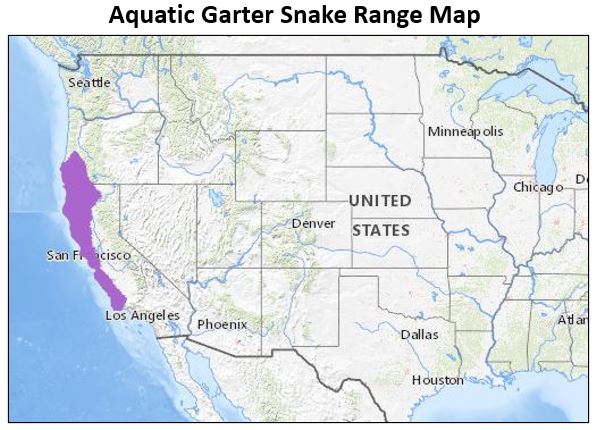 These snakes prey on fish, salamanders, toads, and newts. They don’t constrict their prey but may use their body to encircle it in shallow water and then strike to prevent it from escaping.

Aquatic Garter Snakes feel the safest in the water. If they feel threatened or need to escape, they flee as quickly as possible to the nearest source of water!

There are THREE subspecies of the Aquatic Garter Snake, and they are named for the approximate location they can be found; Santa Cruz, Oregon, and the Diablo Range!

The Northwestern Garter Snake prefers damp areas in western Oregon with lots of vegetation and open sunny areas. They may be spotted near houses and are often found when moving boards, logs, or other objects that they use for cover. 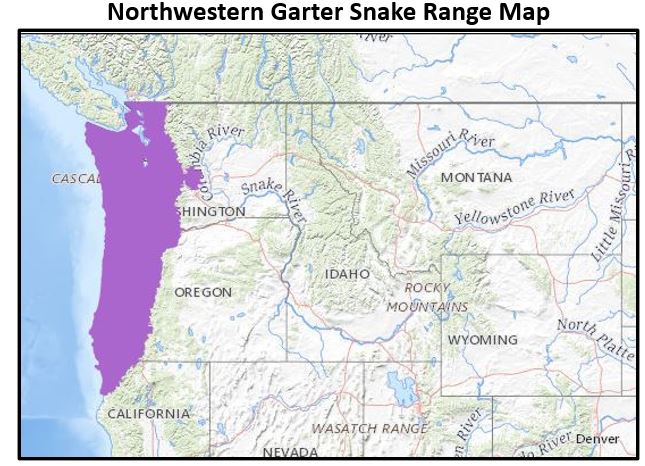 Which of these garter snakes have you seen in Oregon?