What kinds of gulls can you find in Illinois?

Here are the 9 COMMON Gulls and Terns Found In Illinois!

Herring Gulls are the familiar, quintessential “sea-gull” in Illinois. They occupy farmland, coasts, bays, beaches, lakes, piers, and landfills. They’re most abundant on the coast and surrounding large lakes and river systems.

Look for Ring-Billed Gulls in Illinois near aquatic habitats.

Laughing Gulls in northeastern Illinois are typically spotted along the coast of Lake Michigan. 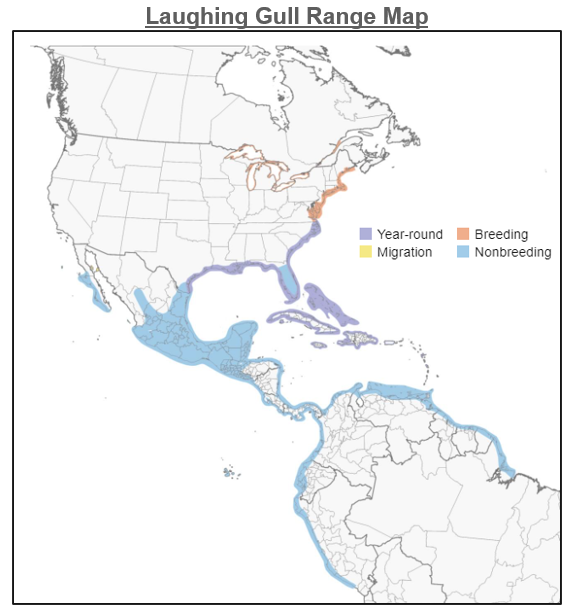 Like other gulls in Illinois, they forage by walking, wading, swimming, or flying and catching insects from the air. In agricultural areas, they’ve been known to follow tractors and feed on worms and insects dug up by plowing.

Black Terns generally hunt their prey in flight. But, unlike many gulls and terns in Illinois, Black Terns don’t plunge into the water after prey. Instead, they fly low over marsh vegetation and water, swooping low to scoop up prey. They’re agile flyers and will also capture insects out of the air, chasing after them like a swallow.

Common Terns are primarily found in aquatic habitats in Illinois, including the ocean, lakes, bays, and beaches.

The Forster’s Tern is the most widespread tern in Illinois!

Which of these gulls and terns in Illinois have you seen before?