Finding kingsnakes and milksnakes in Texas can be difficult!

Most members of the genus Lampropeltis (kingsnakes and milksnakes) spend a lot of their time hidden beneath objects or underground. So while it’s not unheard of, it’s not very common to just stroll past one while walking outside.

Today, you’re going to learn about the 7 types of kingsnakes and milksnakes in Texas!

A member of the kingsnake family, Eastern Milksnakes occupy a wide variety of habitats in Texas, including fields, woodlands, agricultural areas, and rocky outcrops. These beautiful snakes are somewhat secretive and spend much of their time beneath the ground. You may be able to find one underneath rocks, logs, boards, and other debris.

Look for Prairie Kingsnakes in western Texas in open habitats, such as fields, farmland, rocky hillsides, and open woodlands. They spend most of their time underground and are found under rocks, logs, and old animal burrows throughout their active period and for winter hibernation.

These kingsnakes are rather secretive and hard to find in Texas! 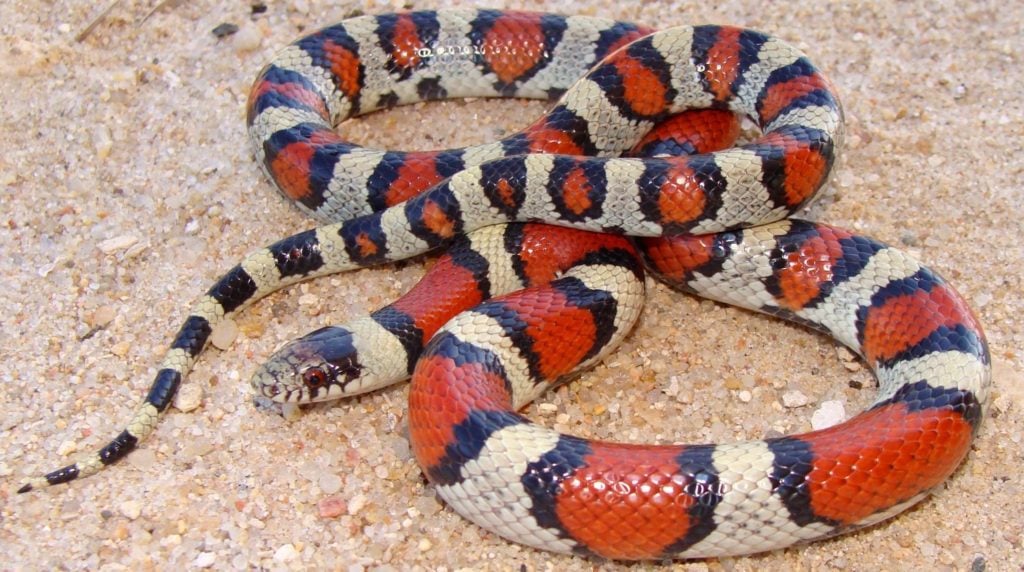 Western Milksnakes can be found in Texas in open sagebrush, grasslands and are occasionally seen in suburban areas. They’re a secretive species frequently found under objects like rocks, logs, boards, and other debris.

Despite their name, Desert Kingsnakes are almost always found in Texas near WATER. Look for them in riparian corridors and near stock tanks in arid areas.

Like other kingsnakes, this species is a powerful constrictor. They’ll feed on rodents, lizards, and other snakes, including rattlesnakes. In addition, their incredible sense of smell enables them to locate and consume reptile eggs below the surface.

This snake is non-venomous and generally very docile. Interestingly, If confronted, they frequently flip over and play dead!

These beautiful king snakes inhabit desert hillsides and mountain slopes. They’ve been found at elevations from 1500 to 7000 feet above sea level.

The Gray-banded Kingsnake is secretive and hard to find in Texas. 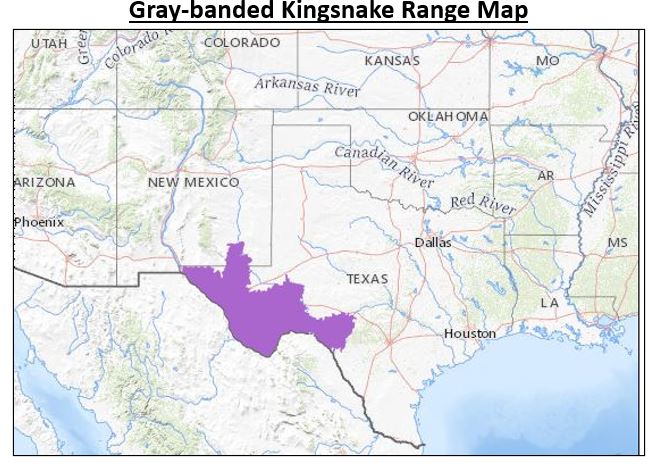 Your best chance of spotting one is crossing a road after dark. In addition, much of their population is located in hard-to-reach mountainous areas, and they are primarily nocturnal.

Gray-banded Kingsnakes are commonly kept as pets due to their small size, interesting color patterns, and calm nature. In addition, they are non-venomous and rarely bite. 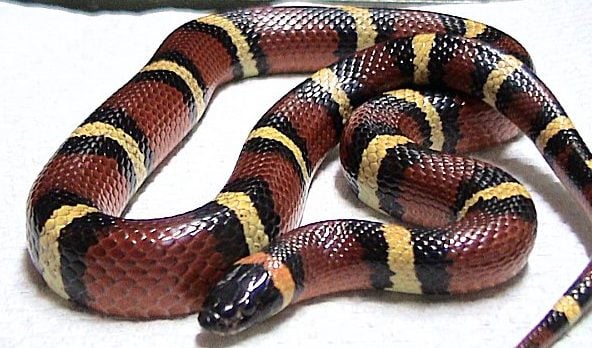 The Tamaulipan Milksnake can be found in semi-arid brushlands with sandy soils. A simple rhyme, “if red touches yellow, you’re a dead fellow; if red touches black, you’re all right, Jack,” can help you distinguish these harmless snakes from venomous look-alikes such as the Texas Coral Snake.

Primarily nocturnal, this snake is active in the mornings and evenings during the spring and fall. They generally hide when temperatures are hottest though they may come out to bask for brief periods during the day.

The Mexican Milksnake prefers to feed on rodents and lizards. However, they will occasionally eat other snakes and other appropriately sized animals and insects they encounter if they have to.

This species is generally very docile and often kept as a pet. These snakes can bite and expel musk but rarely do so.

Which of these kingsnakes and milksnakes have you seen before in Texas?