Finding kingsnakes in Oregon can be difficult!

Today, you’re going to learn about the 2 types of kingsnakes in Oregon!

The California Kingsnake is widespread across many types of habitats in Oregon. 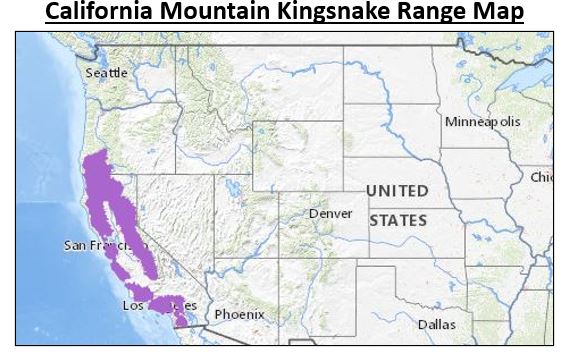 These kingsnakes are constrictors that feed on a wide variety of prey. Lizards, amphibians, nesting birds, bird eggs, and other snakes (including their own species) make up most of their diet.

These secretive snakes spend much of their time under objects like logs, underground, or in rock crevices. They hibernate starting in November and generally emerge in February or April.

Though brightly colored, this species is non-venomous.

Which of these kingsnakes have you seen before in Oregon?