Finding kingsnakes in Utah can be difficult!

Today, you’re going to learn about the 2 types of kingsnakes in Utah!

The California Kingsnake is widespread across many types of habitats in Utah.

These kingsnakes are primarily found in mountainous areas in Utah, with elevations between 3000 and 9000 feet above sea level. They occupy chaparral, conifer forests, juniper woodlands, and rocky areas and are frequently spotted along streams or near springs. 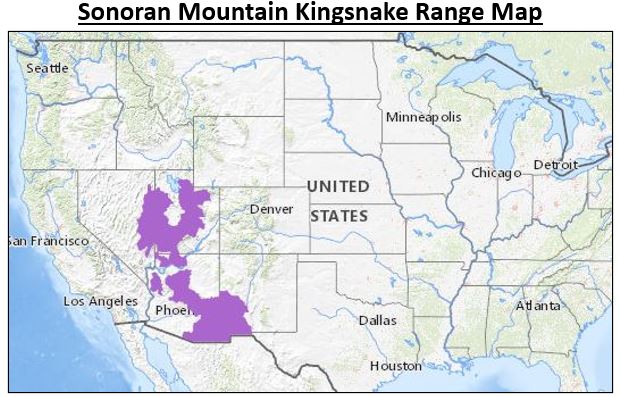 So how do you tell the difference between a dangerous coral snake and a harmless Sonoran Mountain Kingsnake in Utah?

Which of these kingsnakes have you seen before in Utah?