What kinds of seals can you find in Maine?

Seals are sometimes called “ocean puppies,” and it’s easy to see why! Their playful, energetic displays (not to mention their barking) make them seem like man’s best friend, but with flippers. 🙂

Below, you will find pictures and descriptions of the types of seals in Maine. I’ve also included RANGE MAPS and fun facts about each species.

Here are 4 Types of Seals Found in Maine! 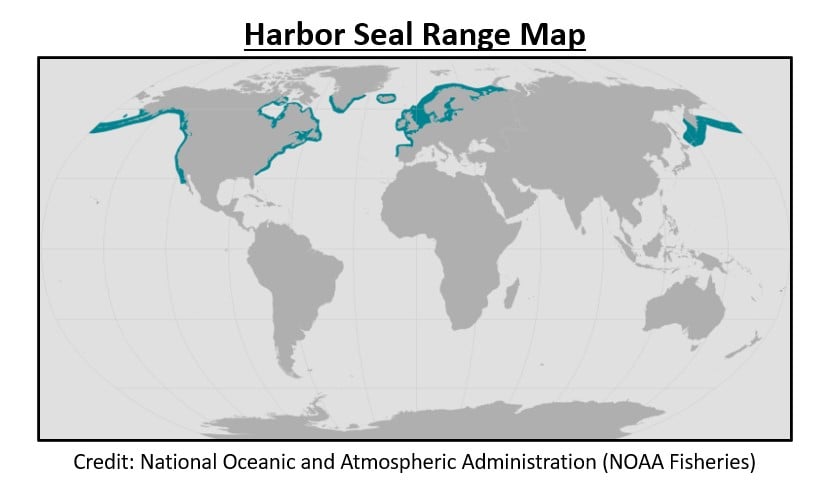 If you find a group of Harbor Seals in Maine, observe from a distance and leave them be.

Look for Gray Seals on ice floes or sandy beaches in the North Atlantic. They gather in large groups during the breeding season. 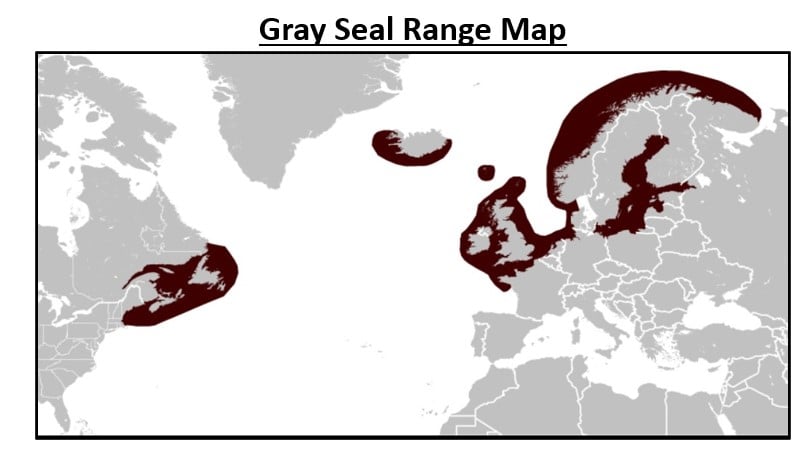 Interestingly, they don’t eat while breeding and raising their young! Instead, they live off of fat stores accumulated during the non-breeding season. Gray Seal pups vocalize almost constantly to keep in contact with their mothers, and observers have said they sound similar to human babies.

Outside the breeding season, they spend most of their time looking for food. Their superb vision and hearing make them exceptional hunters. Although their diet mostly consists of fish and crustaceans, they occasionally catch and eat seabirds!

Harp Seals are found in shallower water than most other seals in Maine.

This species eats many different types of small fish and invertebrates. During seasonal migration, it’s common to see large groups of Harp Seals travel away from pack ice and into the open ocean. Then, when the breeding season starts, they return to colder northern waters. 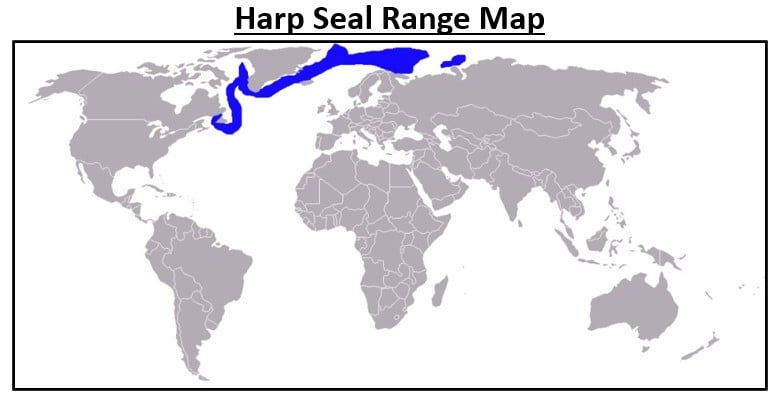 Young Harp Seal pups stay on the ice for up to six weeks after they’re weaned. During this time, they aren’t nursed by their mothers and can lose up to half their body weight!

In addition to being abandoned by their mothers, Harp Seal pups face another challenge as they grow. Since they’re relatively helpless during this stage, they are often preyed on by polar bears. Up to 30% of Harp Seal pups are killed by polar bears before they learn to swim.

Hooded Seals are the most bizarre-looking seals in Maine! 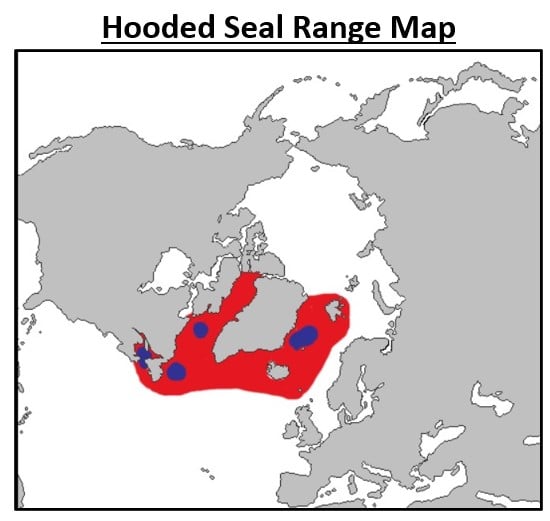 Males of this species have TWO large, inflatable pouches on their faces. The first pouch, which is sometimes called the “hood,” sits above the eyes. It can be inflated and used to make sounds to mark territory and help the seal navigate while swimming.

The second pouch is made of nasal tissue, and it’s inflated through the nostril. This pouch looks like a large, pinkish-red balloon bobbing up and down from the seal’s nose! It’s used in mating displays to catch the attention of females and to show dominance to other males. When one or both of the pouches are inflated, this seal looks like something from a sci-fi movie!

Aside from their physical differences, Hooded Seals are much more aggressive and territorial than other species. In addition, they’re solitary except during the mating season.

Do you want to learn more about other MAMMALS in Maine? Check out these other field guides!

Which seals have you seen in Maine?