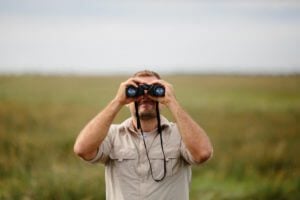 Do you remember the moment you discovered bird watching?

What did it feel like to know that you could never go back to the way things were?

When I first discovered birding, it felt as though a hidden and secret world had finally been revealed. I couldn’t believe there were so many people just like me, who cared passionately about our feathered friends and conserving the wild lands where they lived. I compare it to Harry Potter, finding out there is a separate universe filled with wizards, and he is one of them! 🙂

Each of us has our own story of how we were pulled into the avian obsession. There is a moment when we knew that our lives would never be the same.

I love hearing these stories from other birders! And it’s easy to get to listen to every person’s unique story by asking a simple question:

What was your “Spark Bird”?

For most longtime birders, this question should elicit a sentimental feeling of the excitement of seeing a specific bird for the first time.

Not sure what I am talking about? Let’s slow down for a second: 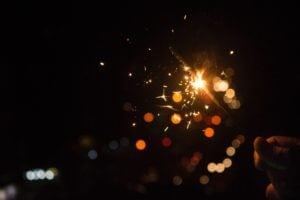 First, a “Spark Bird” is defined as the bird that helped spark your interest in birding. It helped open your eyes to the incredible beauty, mystery and excitement of birds and nature.  It’s a pivotal moment where your world is changed, and there’s no way you are going back!

A “Spark Bird” can appear anywhere and be any species. For some, it’s an exotic hummingbird on a Caribbean vacation. For others, it’s a magnificent snowy owl that comes down from the Arctic during winter. For many, it’s a sparrow or songbird that has been ignored for years but finally makes a lasting impression.

The stories range from the young to old, from oceans to mountains and from big cities to your bird feeder.

Asking this question typically gets the same response, and it’s fun to watch.

The person takes a big breath, gets a small smile on their face as they look off into the distance as they start to recall a fond memory from years past. Get ready to hear a meaningful story!

For me, it was the bird that made me step back and realize there was an entire world of birds that I never knew existed right in my backyard.

Circa 2006, I was a senior in college, majoring in Biology. While browsing the internet, I came upon FrogWatch USA, which is the frog equivalent to eBird. From February through August, a friend and I would visit a local wetland periodically to record the frog sounds we heard.

If you wanted to participate, it was required to learn the local frog’s sounds and mating calls. We received a CD recording of Ohio’s frogs (which only has about ten different species) and got busy learning the intricacies and details of each separate frog sound.

We had so much fun going out at night and learning all the different frogs!  There were Spring Peepers in early spring when snow was still on the ground. In the middle of summer, we heard the deep croak of the American Bullfrog. I found it incredibly rewarding and exciting to learn and identify our local frog species.

But as you can imagine, living in Ohio is not exactly a hot spot for frogs and toads with the number of species barely reaching double digits! It was pretty easy to master these ten sounds and then find and hear them in the field. And frogs don’t move around like birds, so there is a 0% chance of ever seeing a rare frog in Ohio unless you visit the zoo or pet store.

I was hungry to expand my knowledge but wasn’t sure where to turn.

Toward the end of my Spring Semester (2006) at school, I was browsing through the University bookstore. They always had a great selection of new books to explore, and I was looking for some books to read over summer vacation.

And that is when I found it. 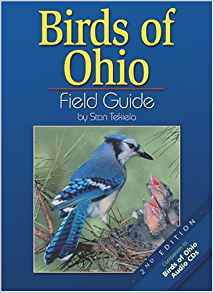 The little book at introduced me to the wonderful world of birding.

I was instantly obsessed with Stan Tekiela’s “Birds of Ohio Field Guide” and accompanying audio CD set. I still recommend his birding guides for beginners.

When I look back, bird watching was the perfect progression from frogs. There are many more species, they are more interesting to observe, and the sounds are more intricate and challenging. Sometimes I wonder if I found Stan’s “Birds of Ohio Field Guide” or did it find me?

Listening to music was soon a thing of the past, Stan’s CD played over and over in my car until the bird sounds and songs were pounded into my head. I loved flipping through the field guide, amazed that all of these birds were “supposedly” living in Ohio.

There was one bird in particular that kept grabbing my attention. I wanted to see it, mostly because I didn’t believe it existed. It was a small, red tropical looking bird. I have lived in Ohio my entire life and have spent countless hours outside in the woods; there was no way this bird had been there the whole time?

It was called a Scarlet Tanager.

I set out to either find this bird or prove that Stan Tekiela was a liar and should have his books removed from the shelves!

First, I did some research and discovered the Scarlet Tanager lives very high in the forest canopy. I probably wasn’t going to see it at a bird feeder but needed to go searching in the woods with some big trees.

Second, I listened to the audio of its call over and over and over, praying that I could identify in the field. Luckily, it’s Robin-like song has a characteristic “chick- burr” sound that I hoped would give the Scarlet Tanager away.

So I set out into a large tract of woods (which has now been destroyed for a new neighborhood) near my parents home. It was summer vacation, and I was staying with them until I went back to school. Armed with my dad’s old hunting binoculars and the “Birds of Ohio” field guide, I set off into the woods, walking slowly, listening and scanning the canopy.

And then I heard it.

I couldn’t believe my ears! That just had to be a Scarlet Tanager, somewhere up in the trees. I stood motionless, binoculars in hand scanning up into the tops of the tallest trees looking for a flash of red, anything to give away it’s location! 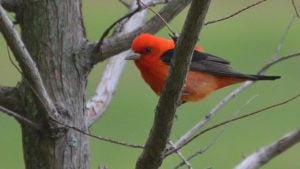 And then I saw it.

An incredible deep red bird with black as night wings sitting on a branch high in the canopy. The Scarlet Tanager. It’s been over ten years since I saw that bird, and that tract of woods has since been cleared for homes, but I bet I could still take you to that exact spot.

The feeling of seeing and discovering a new bird is what I still love about birding. If you asked 100 people in Ohio, I bet that less than 5 of them could say they have seen a Scarlet Tanager before. That makes me sad. Especially since most of them could quickly tell me who got voted off the island, sent home without a rose this week or who the Kardashian’s are now dating.

Seeing that Scarlet Tanager proved that there are amazing birds and animals to see and discover right in our backyards. We don’t have to always dream about going to exotic locations or travel across the world. Many times the exotic birds come to us and spend their entire summer living in the forest canopies of Ohio.

After the Scarlet Tanager, I spent the rest of that summer exploring for other birds that I never knew existed. Brown Thrasher, Red-headed Woodpecker, Rose-breasted Grosbeak, among others. And I have never looked back.

No other bird comes close to being my “Spark Bird” other than the Scarlet Tanager. It represents the excitement of birding that can only come from finding a new bird.

Even now, every time that I see a Scarlet Tanager, I stop and take an extra second to appreciate what this little red tropical bird has done for me.

I would love to know, what is the story of your “Spark Bird”?