What kinds of spiders can you find in Guinea?

Before we begin, I want you to know that the list below is just a fraction of the spiders in Guinea. Because of the sheer number of these arachnids, it would be impossible to cover them all. For example, some estimates claim over 50,000 kinds of spiders on the planet (and the list is still growing)!

Here is the ONLY common SPIDER that live in Guinea! 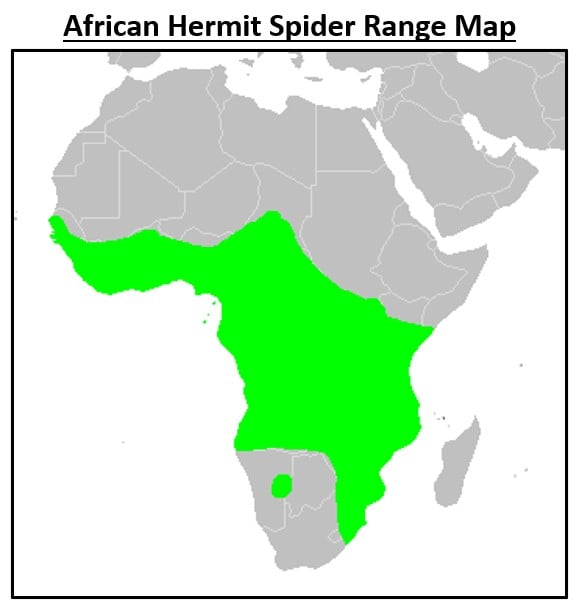 If you find an African Hermit Spider in Guinea, it’s most likely a female. That’s because the males are so small they’re hardly ever spotted. In fact, they have the greatest sexual dimorphism of any spider in Guinea. Females are up to 14 times bigger than males and up to 70 times heavier.

Check out these other guides about animals found in Guinea!

Which of these spiders have you seen before in Guinea?