What types of squirrels can you find in Arizona?

Below are the 3 types of squirrels that live in Arizona!

Learn more about other animals found in Arizona HERE:

The American Red Squirrel is widespread across Arizona and easy to identify when compared to other squirrel species. As the name suggests, they have a reddish color and white belly that makes them easy to distinguish. Size-wise, they are both MUCH smaller than both gray and fox squirrels but larger than chipmunks.

Abert’s Squirrels are found in Arizona, primarily living in coniferous forests close to their favorite tree, the Ponderosa Pine. 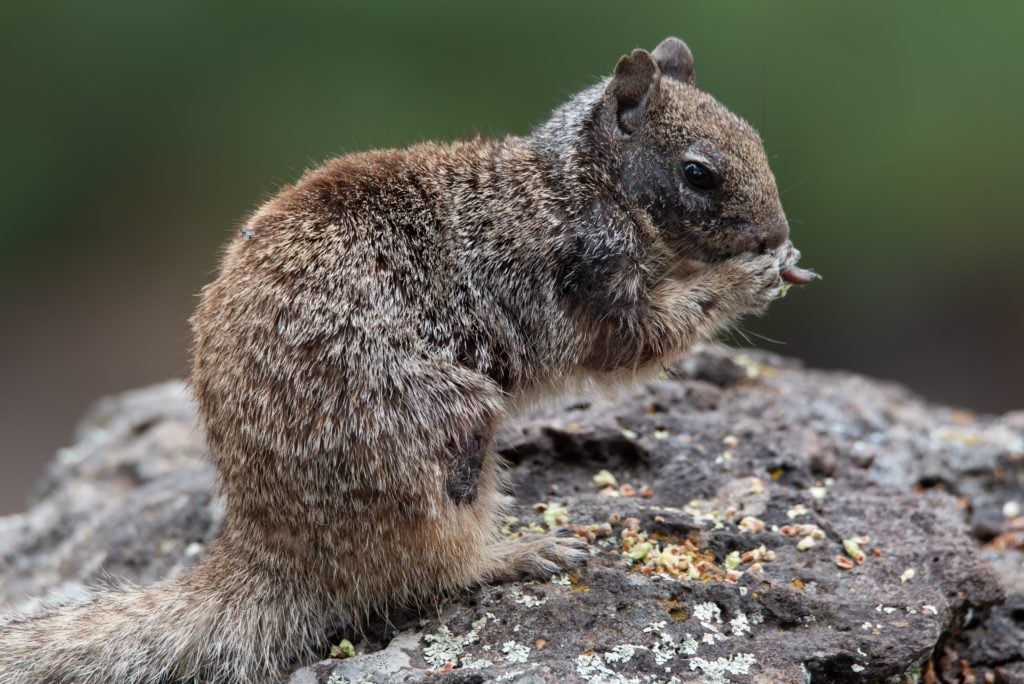 The Arizona Gray Squirrel has a small range and only lives in parts of Arizona and New Mexico. These squirrels are typically found at higher elevations in the mountains. Look for them by rivers in deciduous woods near trees that produce their favorite foods, which are acorns, walnuts, and pine cones.

Interestingly, the breeding activity of these squirrels is correlated with the blooming of flowers! These mammals love feasting on flowers, and the nutrition and vitamins inside help sustain the energy demands required for reproduction.

Not much is known about the status of the Arizona Gray Squirrel, as they are shy and hard to study because they live in the mountains. But it’s thought that their population has declined, due to a few reasons.

First, these squirrels, like most animals, have experienced habitat loss. Second, it seems they are being out-competed by the larger Abert’s Squirrel, as it extends its range. Arizona Gray Squirrels are not currently on the Endangered Species List, but they may end up there eventually.

Which of these squirrels have you seen before in Arizona?