“What kinds of butterflies can you find in British Columbia?”

There are hundreds of kinds of butterflies in British Columbia! Since it would be impossible to list them all in one article, I chose the most common and exciting species to share with you today. 🙂

These large and brightly colored beauties are some of the most recognizable butterflies in British Columbia!

The Red Admiral is the most widespread butterfly in British Columbia! 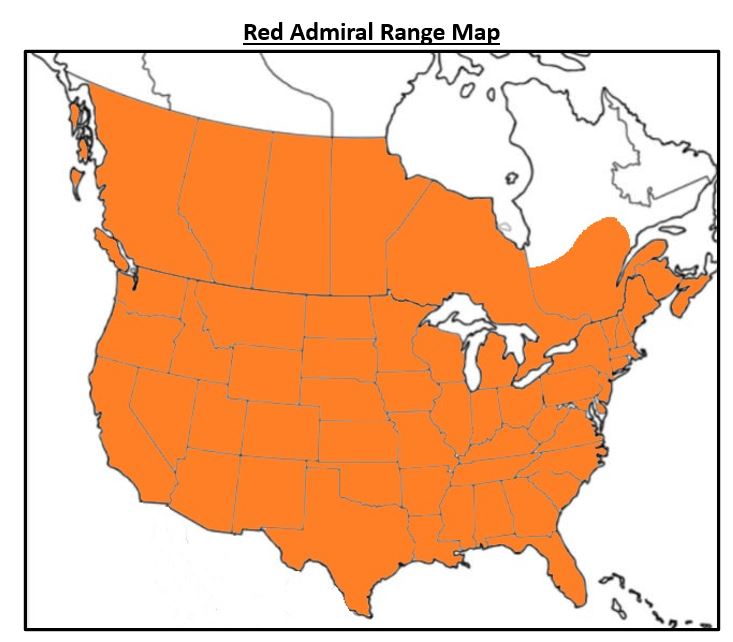 If you’re looking for a butterfly in British Columbia that’s easy to observe, you’re in luck! Red Admirals are very calm and easy to approach and frequently land on humans!

Look for Painted Lady butterflies in British Columbia in open areas that are quiet and undisturbed, like roadsides, pastures, and gardens. This species migrates south to Mexico over winter and returns in the spring. 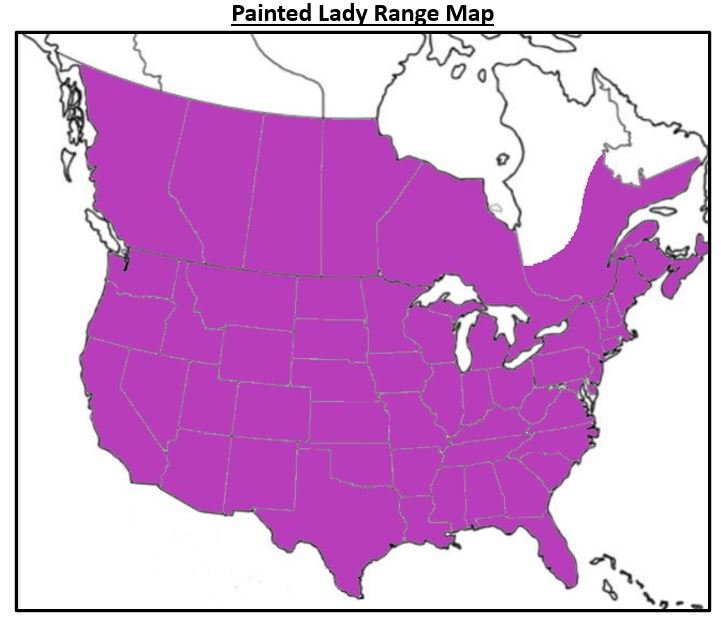 Monarchs are easily the most recognized butterfly in British Columbia! 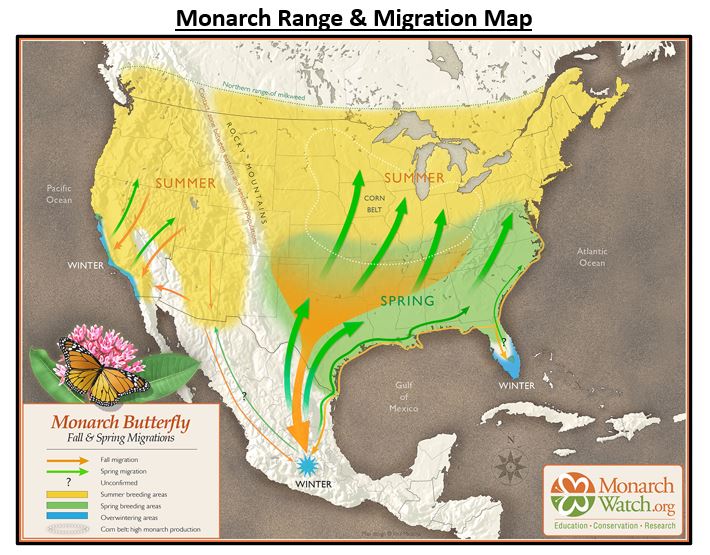 What’s amazing about White Admirals is even though they look wildly different from Red-Spotted Purple butterflies, they’re actually the same species!

Red-Spotted Purple butterflies in British Columbia changed color to mimic another species. Since the mimic species isn’t as widespread, the White Admiral butterfly with its original coloring is still present. 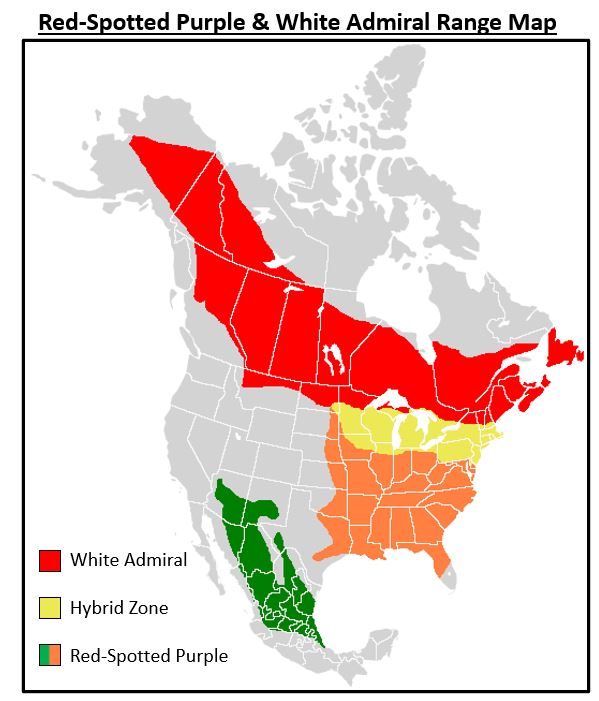 Besides their appearance, almost everything about these two subspecies is similar. For example, their caterpillars use willow, aspen, and birch trees as hosts.

To attract White Admirals, try putting a cut orange or banana in a suet cage in your yard. Instead of nectar, White Admiral butterflies eat carrion, sap, and rotting fruit.

They’re most active from April to October, which is their mating season.

You might have a hard time finding this butterfly in British Columbia. 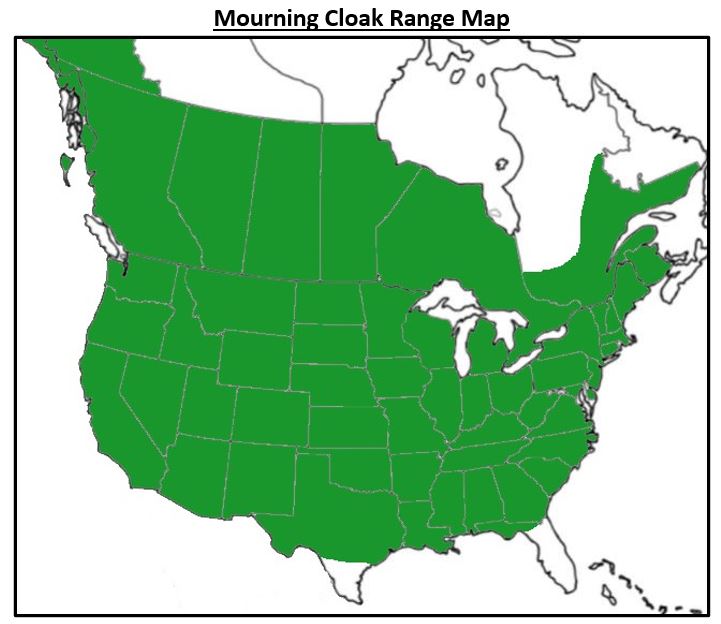 Fritillaries are some of the most abundant butterflies in British Columbia. They have a checkerboard type pattern and are usually shades of orange and black. 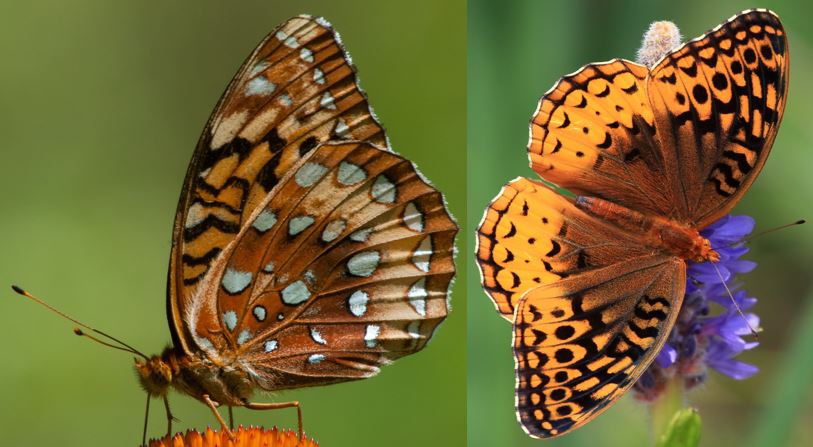 The Great Spangled Fritillary is one of many butterflies in southern British Columbia that prefers open, sunny areas like pastures and meadows. 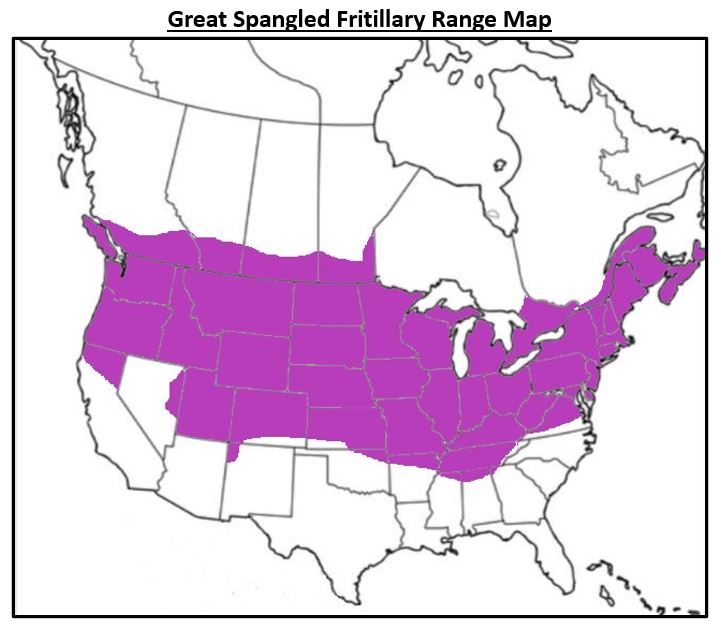 Meadow Fritillary butterflies in northeastern British Columbia have the scientific name Boloria bellona, which is in the brush-foot family. That’s sometimes confusing since a European butterfly has the same name, but the two species are only distantly related! 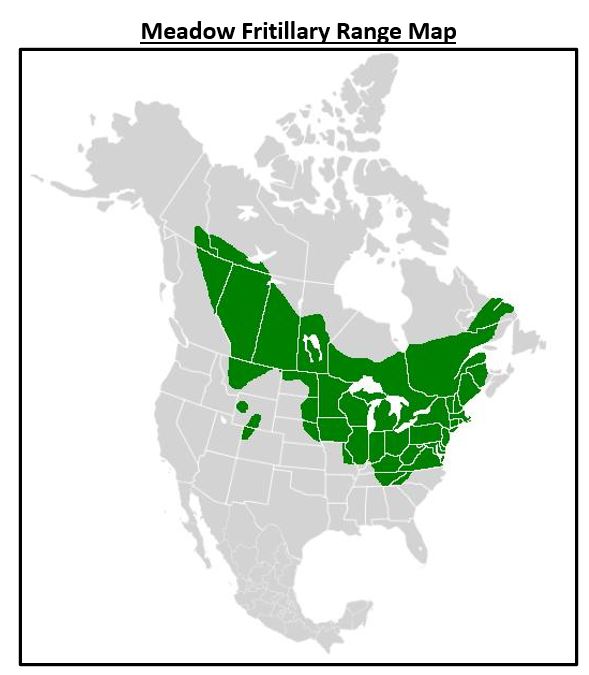 Our Meadow Fritillaries are active throughout the summer and very common in their range, so this is an excellent butterfly to attract to your garden.

Aster flowers like Black-eyed Susans, daisies, and sunflowers are popular picks to attract them. 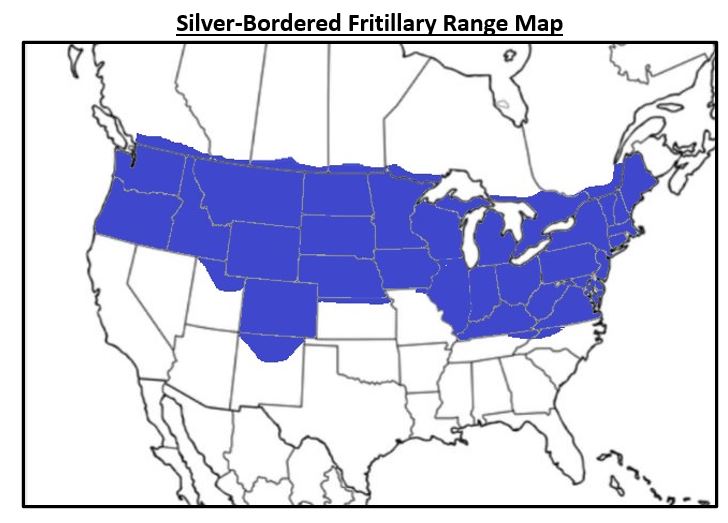 Satyr butterflies prefer cool, shady areas with less sunlight than other butterflies in British Columbia. There are estimated to be over 2,400 distinct species! 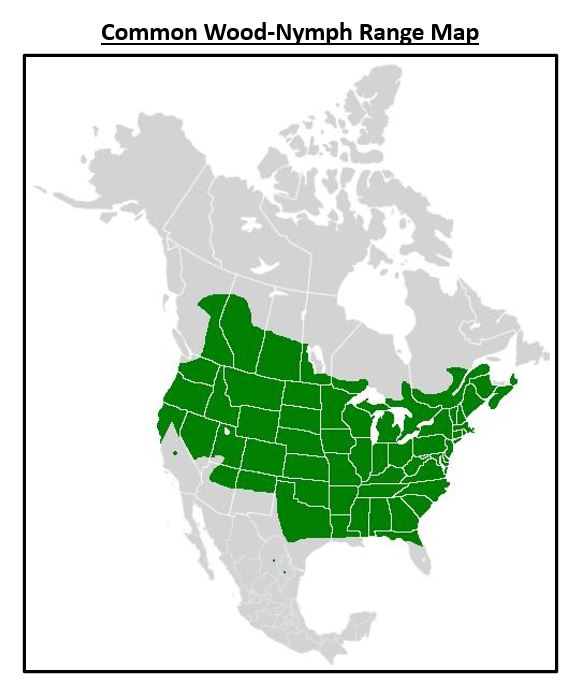 These brightly colored, delicate-looking butterflies in British Columbia are some of the prettiest to look at! 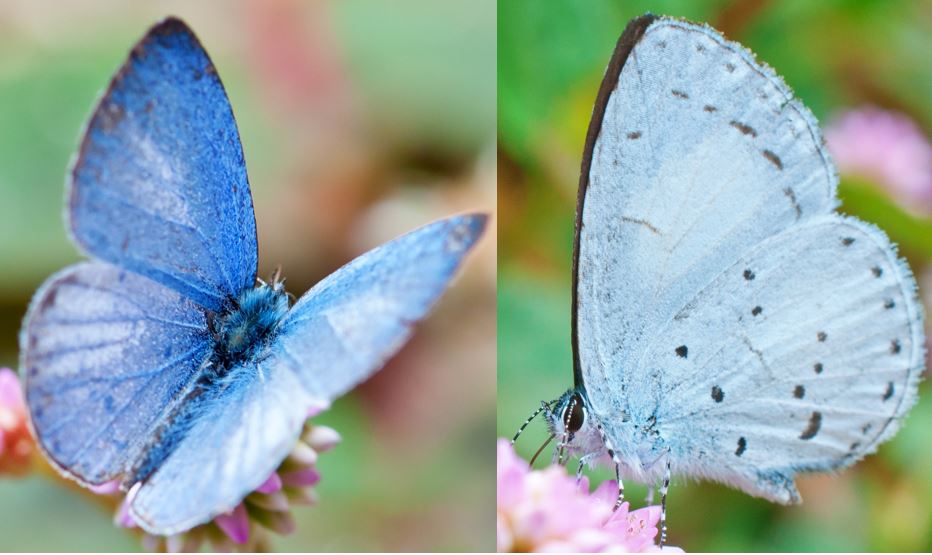 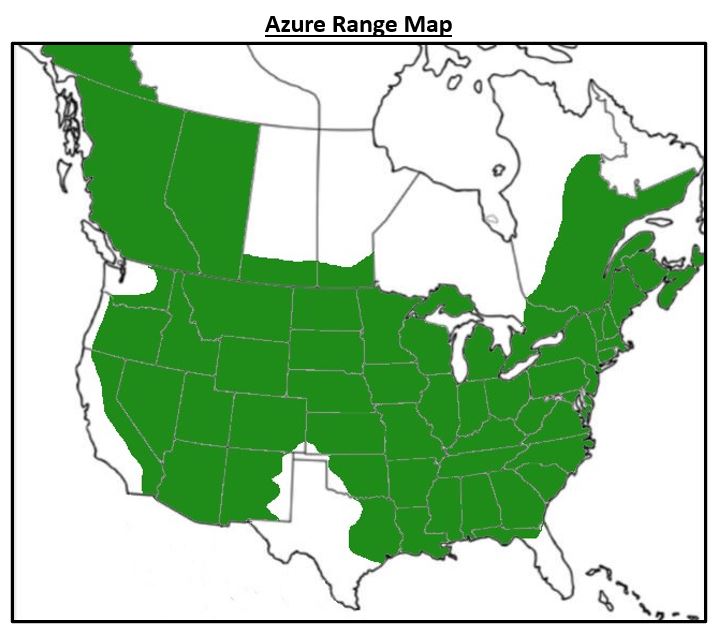 You’re unlikely to mistake a Coral Hairstreak with any other butterfly in British Columbia! 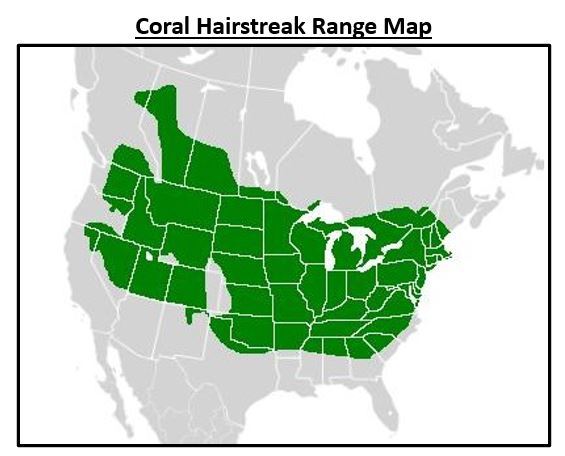 American Coppers go by many other names around the world!

Also known as Little Coppers, Common Coppers, and other regional names, this species is one of the most widespread butterflies. 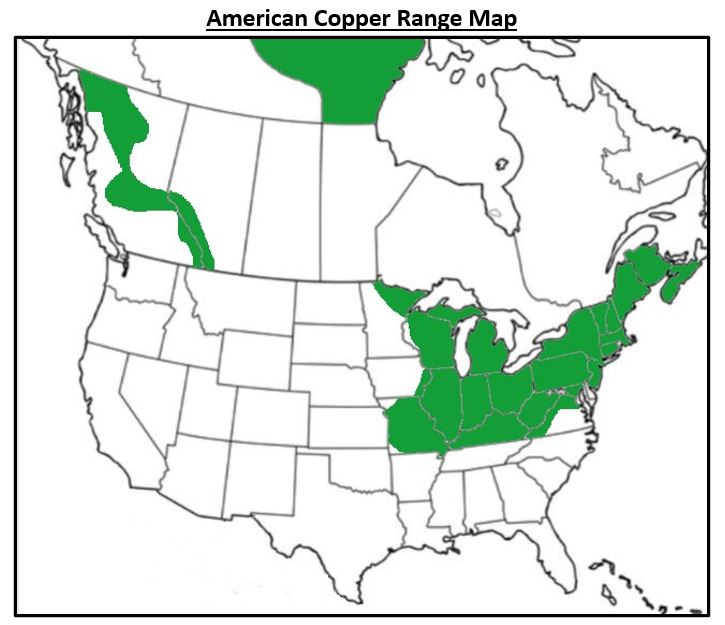 American Coppers can withstand many different climates, from the long, cold winters of the far north to humid, hot weather near the equator. American Copper butterflies are ordinarily active from June to September, but this season is longer in warmer areas.

To attract this species to your garden, try planting hawkweed or butterfly weed – these are the adults’ favorites for nectar.

These small, unpatterned butterflies are common in British Columbia and often the first sign that spring has arrived.

Cabbage White butterflies are well-suited to almost any habitat in British Columbia. 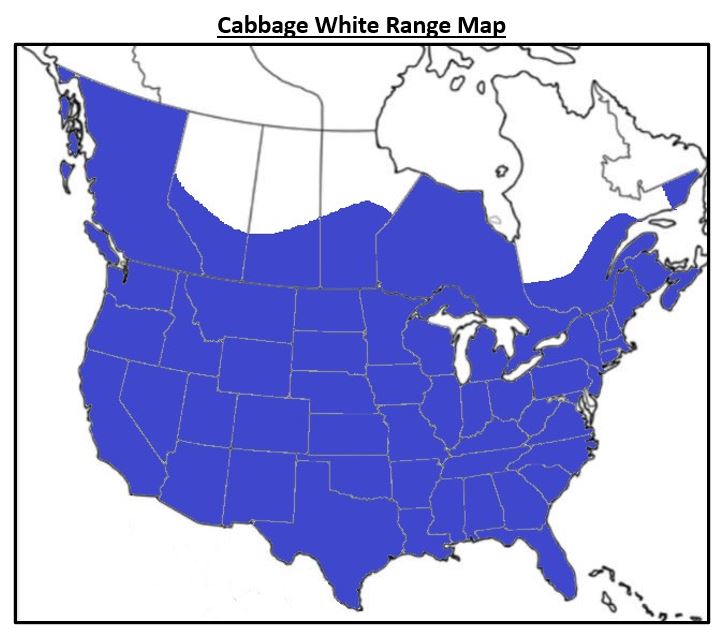 If you have a vegetable garden and see Cabbage Whites, you should pay extra attention to your plants to ensure these hungry insects don’t ruin them! In fact, Cabbage White butterflies are invasive in British Columbia. This non-native species was transported here through the food and agricultural trade. 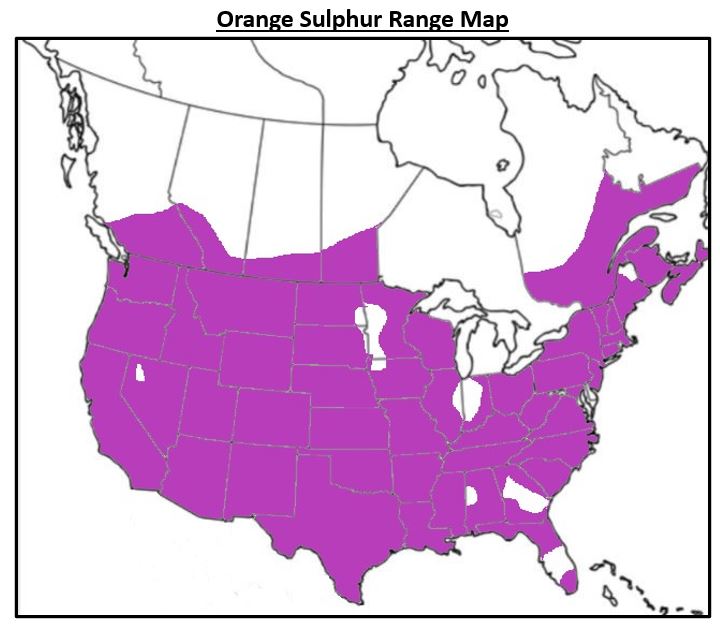 Clouded Sulphurs are some of the most common butterflies in British Columbia! 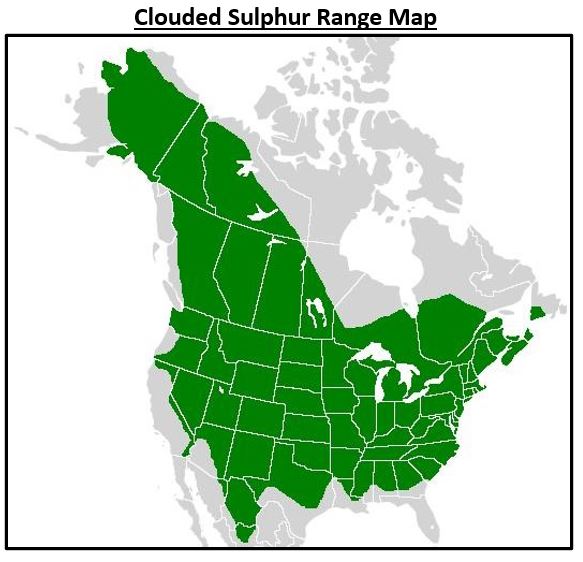 Do you need more help identifying butterflies in British Columbia?

Which of these butterflies have you seen in British Columbia?