What kinds of doves can you find in Florida?

Today, you will learn about 4 types of doves that live in Florida!

The 4 Species of Doves That Live in Florida:

This species is the most common and familiar dove in Florida.

Rock Pigeons are extremely common doves in Florida, but they are almost exclusively found in urban areas. These birds are what everyone refers to as a “pigeon.” You have probably seen them gathering in huge flocks in city parks, hoping to get tossed some birdseed or leftover food.

Eurasian Collared-Doves are invasive to Florida. 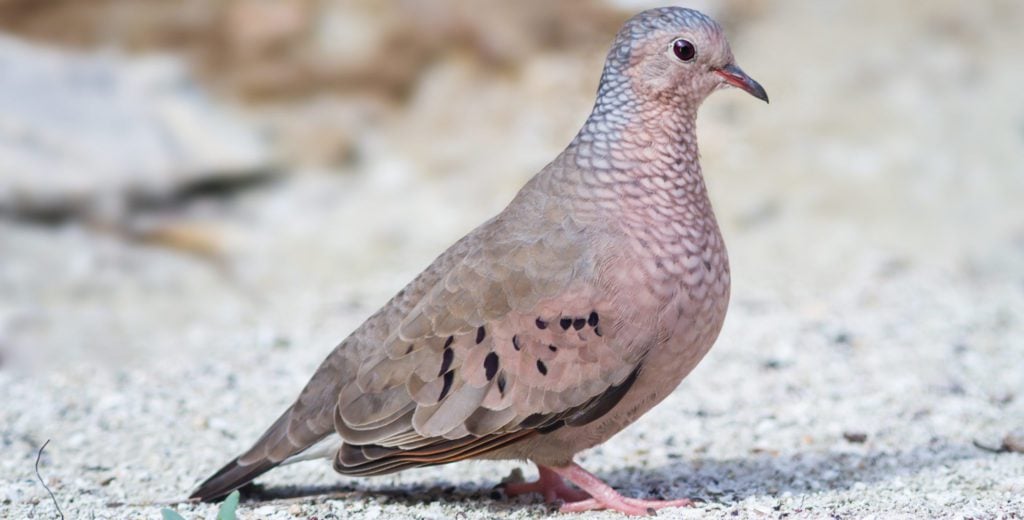 Common Ground Doves are typically easy to find in Florida. Look for them feeding on the ground beneath bird feeders, cleaning up the grains and other seeds that fall from above.

These doves primarily nest on the ground! Simple nests are built lined with a few types of grass, weeds, and other plant matter. Being on the ground, they can make an easy meal for many different predators. Their primary defense is to blend into their surroundings or hiding in thick vegetation.

Common Ground Doves are relatively vocal. They can be heard at all times of the day at any time in the year. Listen for a repeated, soft, high-pitched coo, with a rising inflection.

Which of these doves have you seen before in Florida?

To learn more about birds in Florida, check out these other guides: