“How many Geckos are there in New Mexico?”

You might be surprised to know that of all the geckos found in the US, only a few are native. I know I was when I first started learning about geckos!

Western Banded Geckos in New Mexico have adapted to an arid climate.

By being nocturnal and spending much of their time underground, they can withstand their habitat’s lack of rain and intense heat. 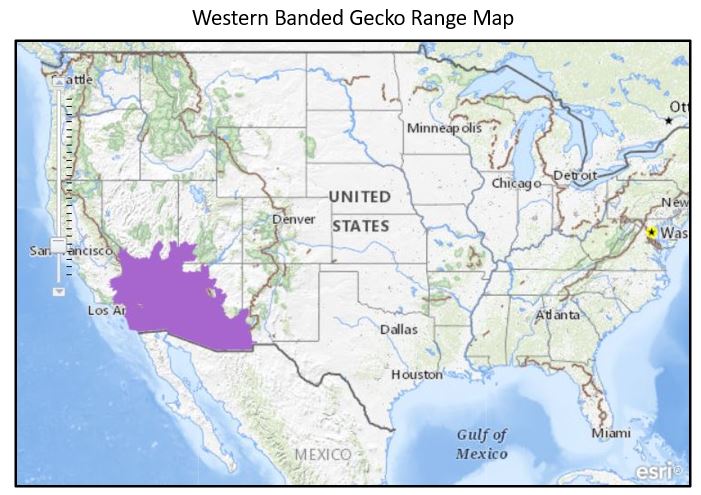 You’re likely to find Western Banded Geckos around rocks or debris, which they use for cover when they are above ground. They eat insects and spiders.

Like many of their relatives, Western Banded Geckos are excellent at climbing and can scale vertical rocks and walls!

There are four subspecies of the Western Banded Gecko in New Mexico. They are all so similar in coloring and pattern that it would be hard to tell them apart by appearance. The four subspecies are:

Texas Banded Geckos are common in desert grassland and open woodland with plenty of rocks. You’re likely to find them near hillsides and canyons and even on roadways at night. Though they are good climbers, this species is mostly terrestrial and climbs rocks only to find shelter. 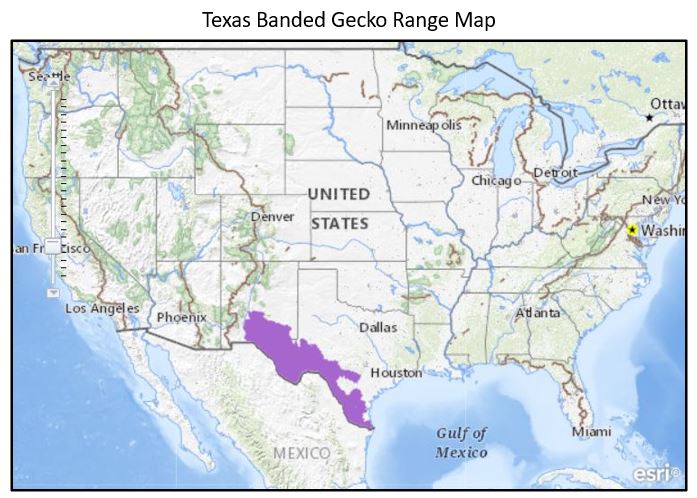 Compared to the size of its body, the female Texas Banded Gecko lays enormous eggs! They are often much wider than the gecko’s body. As you can imagine, the clutch size is tiny; usually, only one or two eggs!

Despite the small reproductive numbers of this species, they are abundant in their range.

You might be surprised to find out that the most abundant and widespread gecko in the US is NOT native! The Mediterranean House Gecko was introduced to New Mexico via imported plants carrying their egg clutches. They are adaptable to so many environments that their population quickly outpaced any of our native geckos!

In addition to being comfortable around humans, Mediterranean House Geckos in New Mexico are a vocal species.

Even though Mediterranean House Geckos aren’t native to New Mexico, they are so well-recognized they belong on any list of geckos in our area.

Which of these geckos have you seen in New Mexico?