Geese and swans are some of the largest birds you will find in the United States!

Today, you will learn about 10 types of swans and geese that live in the United States!

Canada Geese are extremely common in the United States. 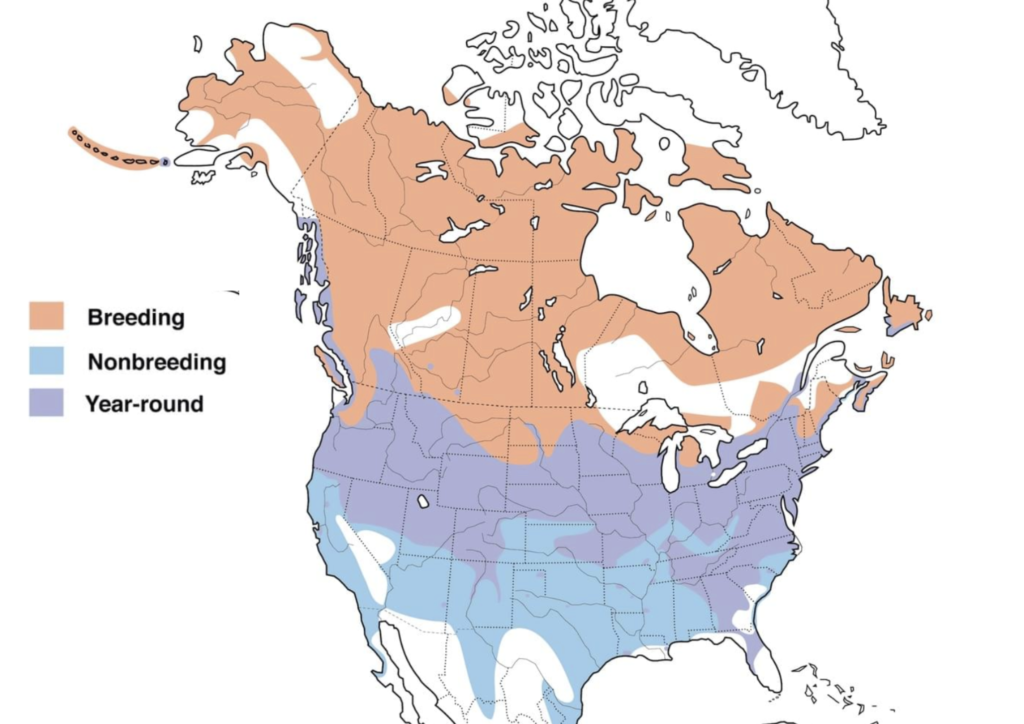 Canada Geese are often heard in the United States.

During the breeding season, Snow Geese spend their time in the continent’s northernmost areas, away from human civilization. Most people only get the pleasure of seeing this abundant goose in the United States when they migrate south in fall and winter.

And as you can probably hear from the video above, Snow Geese are one of the noisiest waterfowl you will encounter in the United States. Their nasally, one-syllable honk can be heard at any time of day or night, at any time of the year!

During migration and the non-breeding season, these geese can be seen in the United States in marshes, lakes, and farm fields, where they enjoy eating leftover crops. 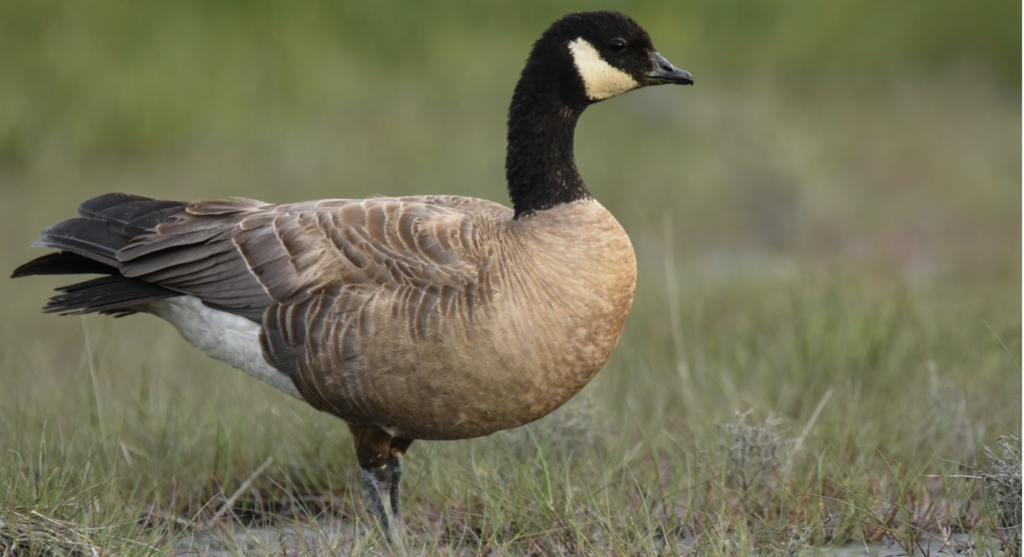 But upon further investigation, you will find that the Cackling Goose is smaller, has a stubbier bill, shorter necks (most apparent when in flight), and a more rounded head. 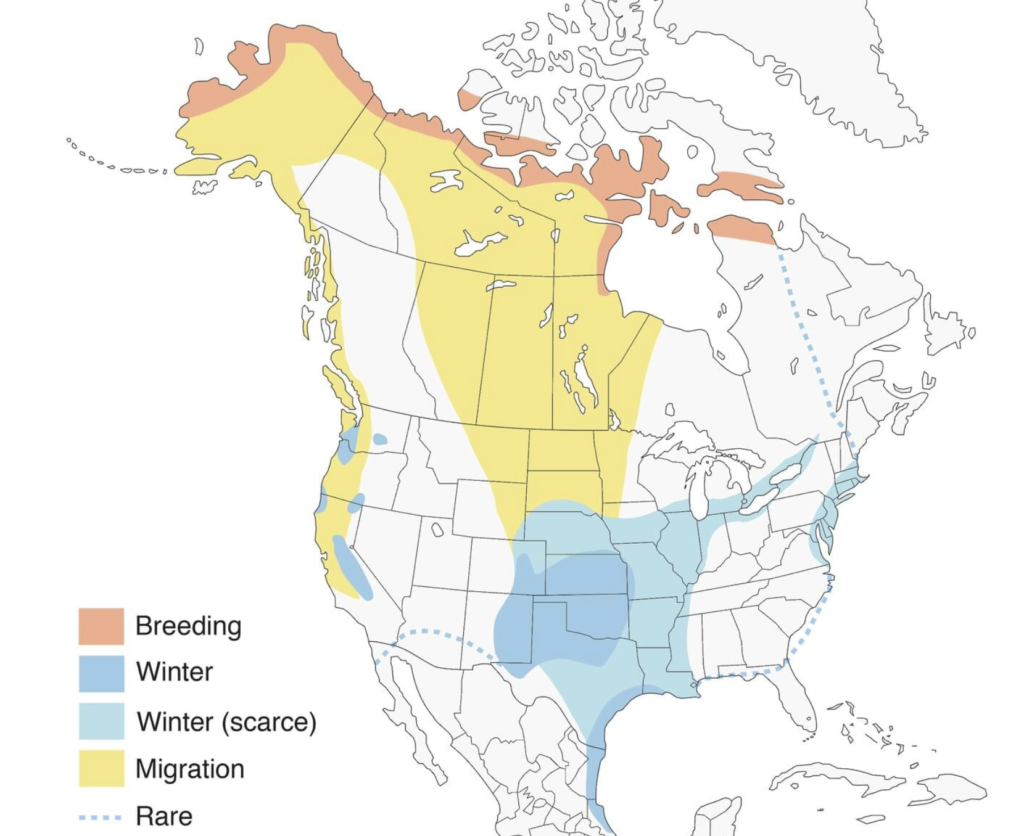 These birds breed in the arctic tundra but then migrate south for winter. Look for these geese in the United States in large flocks in wetlands, lakes, and farm fields. 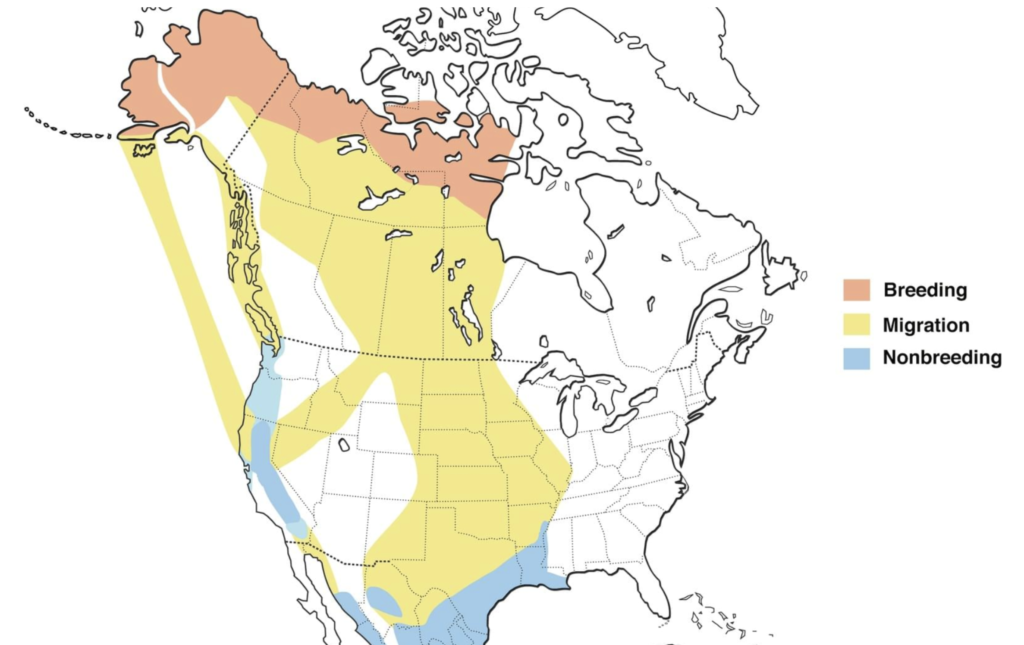 Like many other goose species, Brants nest in the Arctic in wetlands. Once the weather turns cold, they migrate south. 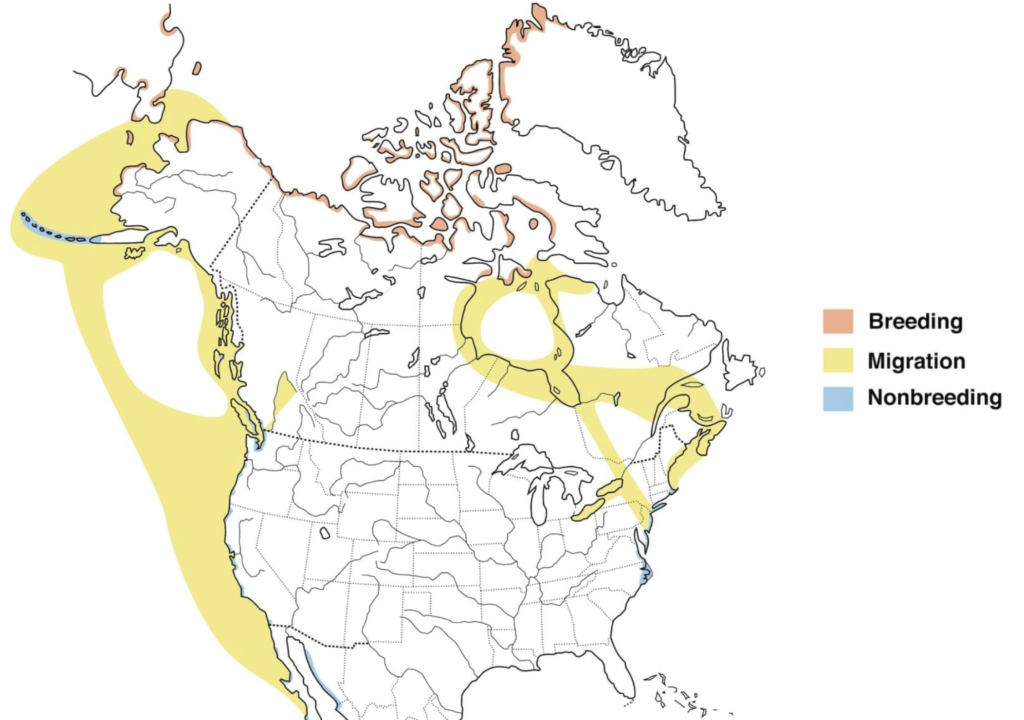 These geese can be seen in the United States in coastal areas, where they can find aquatic vegetation to eat in sheltered bays, estuaries, and lagoons. Brants are strictly vegetarian, with eelgrass and large algae playing a large part of their diet.

While they fly overhead, listen for a “crrronk” call, which sounds guttural and is similar to a Sandhill Crane. 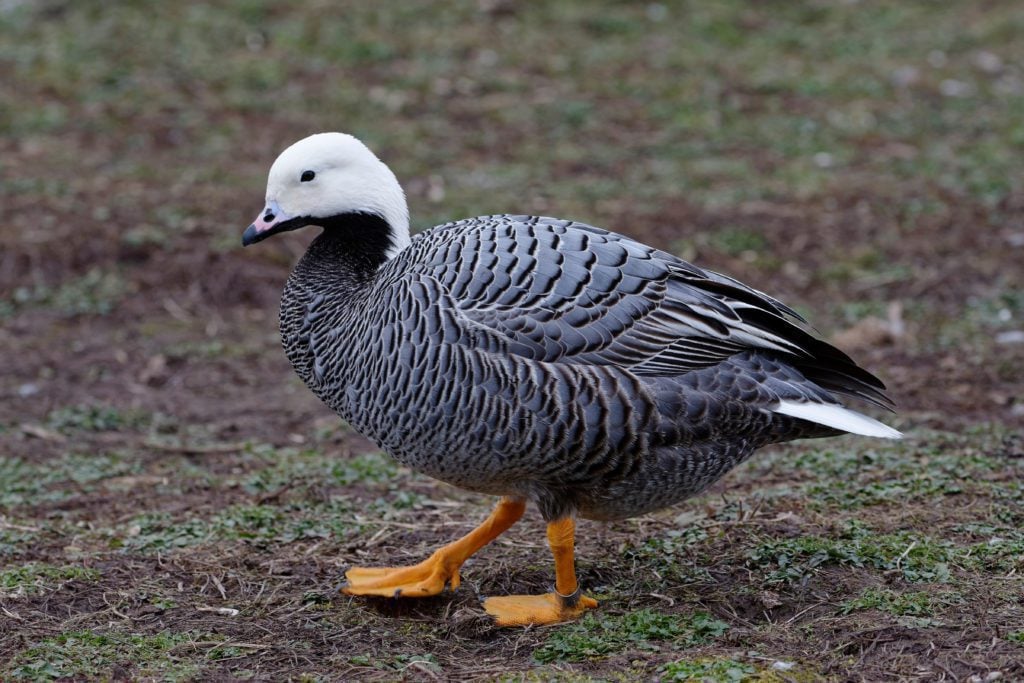 The Emperor Goose is a small goose that can be found on the coasts of Alaska, and they can also be spotted in parts of Canada.

Look for them in freshwater pools, inland lakes, and coastal lagoons. These birds have been nicknamed the “beach goose” because of their affinity for coastal environments.

These geese fly lower than other species and are often seen flying just off the ground. If you ever get to see them in flight, listen for their loud, musical “kla-ha, kla-ha, kla-ha” call, which sounds a bit more nasally than other geese species.

During summer, you will not see Tundra Swans in the United States, as they spend the breeding season in the remote arctic. Look for them in winter and migration, where they are visitors to many large bodies of water. They also visit farm fields in large flocks looking for food.

Tundra Swans form long-term, dedicated relationships. Typically by the time they are 2 or 3, they have found a partner. Once that happens, these two birds will breed, feed, roost, and travel together year-round.

The most common sound these birds make is a “hoo-ho-hoo” bugle, with the second syllable being emphasized. (Listen below)

Trumpeter Swans are the largest bird native to the United States! They have a wingspan of almost 6 feet (1.8 m) and weigh around 25 pounds (11.3 kg), which is about twice the amount of a Tundra Swan. In fact, they are so big, about 100 yards of open water is needed for them to get enough speed to take off!

Trumpeter Swans were once endangered due to overhunting, but luckily their population has recovered, and they are increasing their numbers. Unlike Tundra Swans, this species stays in the United States in summer to nest and breed. Look for them near ponds, lakes, rivers, and marshes, and the farther from people, the better!

Mute Swans are one of the most elegant and beautiful birds you will see in the water. They are also enormous and are one of the heaviest birds that can actually fly!

But did you know that these swans are NOT native to the United States?

Due to their beauty, Mute Swans were imported from Europe and then released in parks, large estates, and zoos. Unfortunately, these individuals escaped and have established an invasive wild population.

Don’t be filled by their appearance; these swans can be aggressive, and they regularly attack kayakers and other people who get too close to their nest. They also displace native ecosystems due to their voracious appetite, which requires up to 8 pounds (3.6 kg) of aquatic vegetation per day!

Do you remember the book “The Ugly Duckling?” This story actually features a young Mute Swan born among ducks but grows up to be a beautiful swan.

Despite their name, these swans are not mute!

While it’s true they are relatively quiet, they make a hoarse trumpet sound when defending their territory. And if they are threatened, then expect to hear and a variety of barks, hisses, and snorts.

Which of these swans and geese species have you seen in the United States?