Finding kingsnakes and milksnakes in Virginia can be difficult!

Today, you’re going to learn about the 5 types of kingsnakes and milksnakes in Virginia!

A member of the kingsnake family, Eastern Milksnakes occupy a wide variety of habitats in Virginia, including fields, woodlands, agricultural areas, and rocky outcrops. These beautiful snakes are somewhat secretive and spend much of their time beneath the ground. You may be able to find one underneath rocks, logs, boards, and other debris.

A subspecies of the Yellow-bellied Kingsnake, the Northern Mole Kingsnake prefers open habitats in Virginia near forest edges. These snakes are difficult to find since they spend most of their time underground in old animal burrows or under logs and rocks. You’re most likely to spot one crossing the road at night. 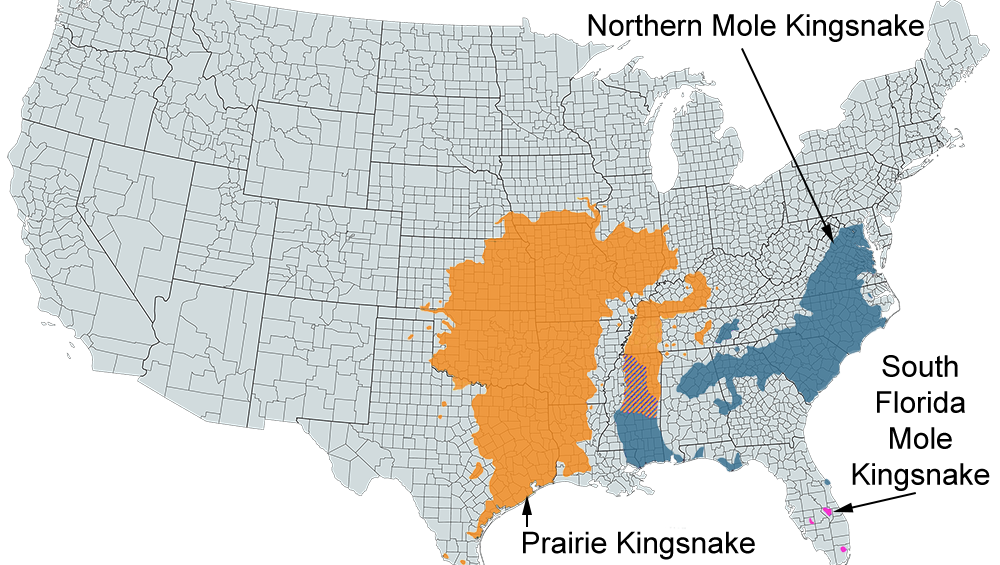 So how do you tell the difference between a dangerous coral snake and a harmless Scarlet Kingsnake in Virginia?

Which of these kingsnakes and milksnakes have you seen before in Virginia?