Did you recently see a pelican in California?

Well, figuring out which species you observed should be pretty easy. There are only TWO types of pelicans found in California, and they are pretty easy to tell apart.

If you saw a pelican in California while sitting on a beach, it was most likely a Brown Pelican. These large birds live strictly in saltwater habitats near the ocean’s coastline. Interestingly, they rarely venture into the open ocean, choosing to stay within 20 miles of the shore. 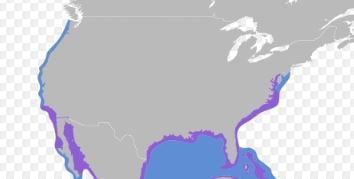 It’s hard to miss an American White Pelican in California due to its massive size!

American White Pelicans are found in California near coastlines and large freshwater lakes.

Have you seen either of these pelican species before in California?