There are 3 types of rat snakes that live in Louisiana.

Second, they are constrictors, and their favorite prey is rodents, such as mice and rats. As you can probably guess, this is how they get the name RAT snakes. 🙂 Because of their affinity for rodents, you can often find rat snakes in Louisiana near barns and abandoned buildings where their favorite food tends to hang out.

Enjoy! I hope you learn how to identify the different types of rat snakes that live in Louisiana!

Red Cornsnakes occupy various habitats in eastern Louisiana, including overgrown fields, pinelands, swamps, and agricultural areas. They are sometimes found in suburban areas if it’s near other favorable habitats. Make sure you don’t only look on the ground, as they’re known to ascend trees, cliffs, and other elevated surfaces.

Western Ratsnakes occupy various habitats in Louisiana, including agricultural areas, dense woodlands, forested river valleys, and rocky hillsides. They’re excellent climbers and are found often in trees, and will frequently use cavities in trees for shelter. 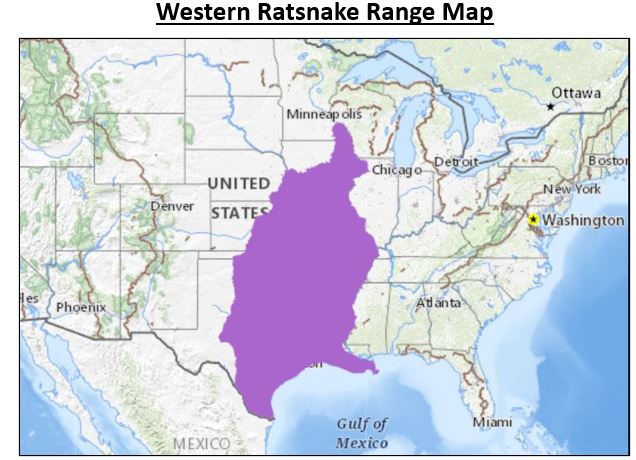 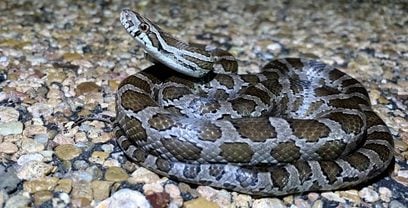 Slowinski’s Corn Snakes are hard to find in western Louisiana since they are nocturnal, highly secretive, and spend a lot of time in trees. Because of these facts, relatively little is known about their behavior, habitat, and population trends. So if you ever see one, consider yourself lucky!

Which of these rat snakes have you seen before in Louisiana?