Did you see a RED bird in Maine?

There are 11 birds in Maine that are considered “red.”

Without a doubt, the Northern Cardinal is one of the most popular and recognizable RED birds in Maine. They are not only beautifully colored, but they are common to see at bird feeders!

And with a bit of practice, it’s easy to identify Northern Cardinals by their songs and sounds. Interestingly, unlike most other songbirds in Maine, even females sing.

It’s common to see these red birds in Maine near people.

American Robins are one of the most familiar red birds in Maine!

Most people have never seen this red bird before in Maine.

These red birds visit backyard bird feeders in Maine, especially during the winter. Due to their small bill size, they prefer eating tiny seeds like Nyjer (thistle) and shelled sunflower when visiting.

These red birds are one of the largest finches in Maine!

Look for these beautiful red birds to visit feeders in Maine, especially during winter. Your best chance to attract them is using black-oil sunflower seeds. Having conifer trees in your yard is also a great way to encourage these finches to visit.

As their name suggests, Red Crossbills have crisscrossed bills, similar to if you cross your fingers. They adapted these oddly shaped bills to help them break into tightly closed cones, giving them an advantage over other red bird species in Maine.

They’re found in large coniferous forests during their breeding season, mainly spruce, pine, Douglas-fir, hemlock, or larch with recent cone crops. But in winter, they wander wherever they need to go to find food. While not incredibly common, these red birds will sometimes visit bird feeders in Maine and eat sunflower seeds.

These slightly red birds are a common sight at feeders in Maine! 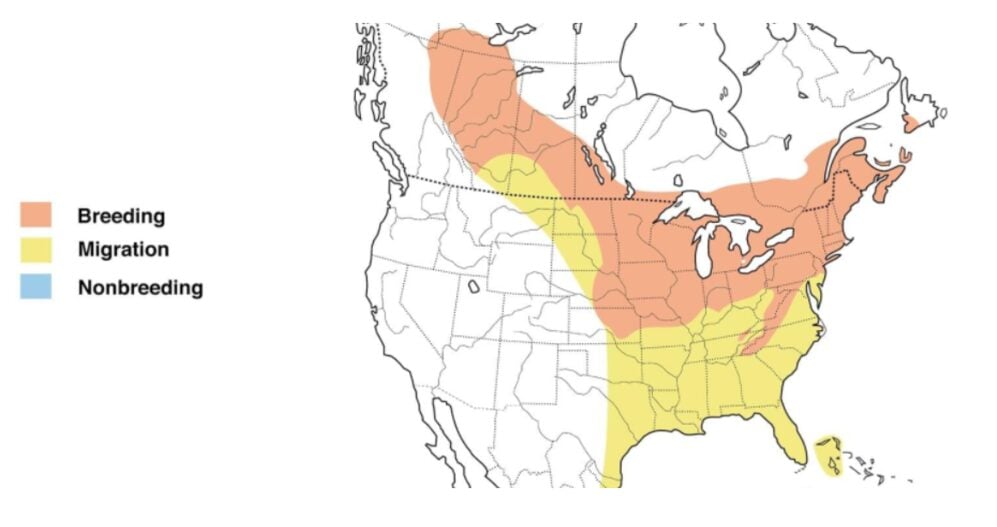 These red birds are known for their beautiful song in Maine. It sounds similar to an American Robin but better! Listen for a long series of notes that rise and fall. If you hear one, make sure to look for the male singing from an elevated perch.

You can sometimes attract these red birds to your backyard feeders in Maine by offering hulled sunflower seeds.

Which of these red birds have you seen before in Maine?