Did you find a salamander in Quebec?

Below you will find a list of the most common and interesting salamanders that live in Quebec. You will find detailed pictures, along with range maps for each species to help with your identification!

9 Types of Salamanders in Quebec:

Eastern Newts have the most complicated life cycle of any salamander in Quebec!

The Spotted Salamander is found primarily in hardwood forests with vernal pools, which are temporary ponds created by spring rain. Like many salamanders in Quebec, they require vernal pools for breeding because the fish in permanent lakes and ponds would eat all their eggs and larvae.

This species is one of the largest terrestrial salamanders in Quebec.

Common Mudpuppies are among the most well-known salamanders in Quebec.

Unlike other salamanders in Quebec, Red-Backed Salamanders don’t have lungs OR gills! Instead, they “breathe” with their thin skin, absorbing oxygen through moisture. This unique trait means they must stay moist to survive.

Northern Dusky Salamanders are typically found in Quebec in moist woodlands close to running water, such as hillside streams. They hide under stones, logs, and leaf litter at the water’s edge. They’re frequently found under rocks or logs partially submerged in streams.

This species is the most beautiful salamander in Quebec! 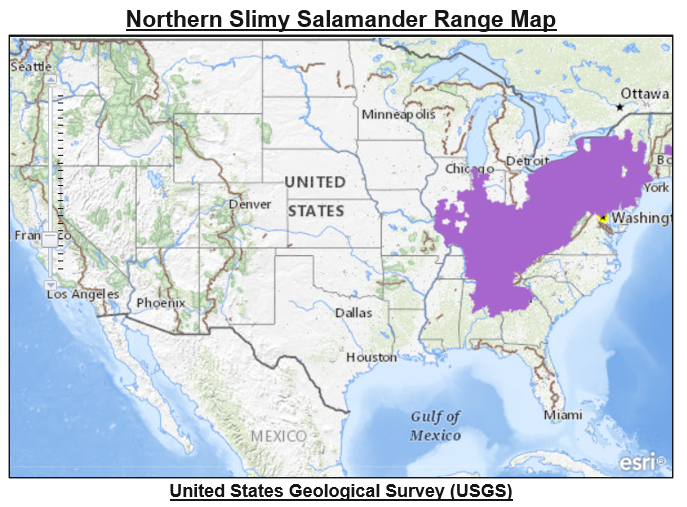 Which of these salamanders have you seen in Quebec?