“What kinds of sea turtles can you find in Maryland?”

I think sea turtles are incredibly interesting and beautiful creatures!

When my family goes on beach vacations, one of my favorite things to do is find out if there are nesting sea turtles in the area. I love to look at the nests from a distance and try to catch a glimpse of a nesting mother!

Today, you will learn about the 5 different kinds of sea turtles in Maryland.

Green Sea Turtles live in coastal lagoons and bays throughout Maryland. Incredibly, they rarely come to shore except to lay their eggs, preferring to spend most of their time in the water. They are actually tough animals to see because they are extremely fast swimmers and are prone to hiding or fleeing from any signs of danger. 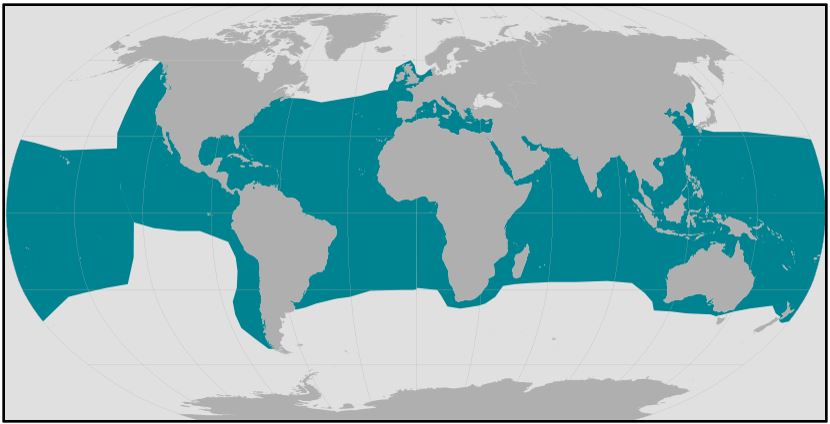 The diet of the Green Sea Turtle slowly changes as they mature to become more plant-based. By the time they are adults, they are almost exclusively herbivores, feeding mainly on seagrass. As hatchlings and juveniles, they will primarily eat mollusks, small fish, and jellyfish.

In a process known as Natal Homing, these incredible turtles use magnetic crystals in their brains to read the magnetic waves coming from the Earth. They use this information to find the specific beach where they were hatched to lay their own eggs there! Though it sounds like science fiction, it’s a common mechanism in many sea turtles.

During their nesting period of about two months, each Green Sea Turtle mother will lay about 150 eggs every two weeks! This process is so draining to the turtles that they only nest once every 3-5 years.

One of the most concerning threats to Green Sea Turtle populations is climate change.

The warming of seawater is changing the migration and nesting pattern of the turtles. Interestingly, the sand temperature changes resulting from climate change also affect the ratio of male to female turtles, which can cause changes in breeding patterns and decreased hatch populations. Poaching, bycatch, nesting site loss, and disease are the other top threats to Green Sea Turtles.

In Maryland, Loggerhead Sea Turtles are rarely seen, mostly because they live where most people typically never visit. They love open oceans and can swim great distances between breeding seasons. 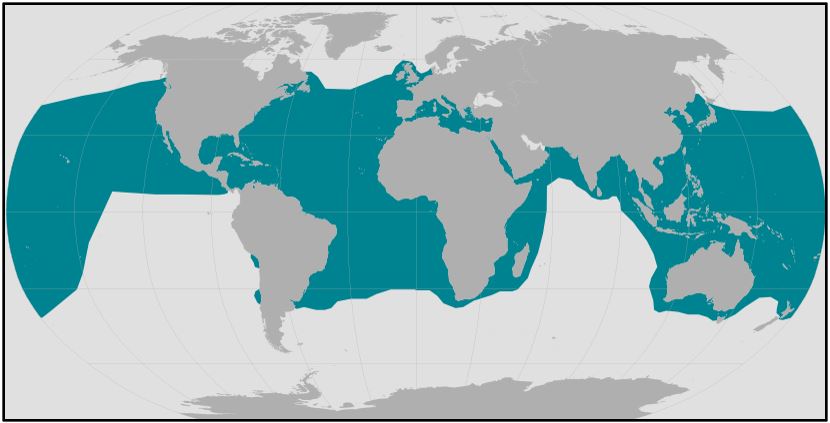 Loggerhead Sea Turtles have a unique way to get rid of excess salt – through their tears!

While on land, it may appear that they are crying. However, the tears they produce are full of extra salt they consume from drinking seawater. Their diet consists of marine animals such as crabs, sponges, jellyfish, and fish, and they also eat seaweed and eelgrass.

The most concerning threat to Loggerhead Sea Turtles in Maryland is bycatch. This happens when they are unintentionally caught in a net or trap meant for fish or shrimp, which can cause the turtles to drown or be severely injured when they try to free themselves.

The Leatherback Sea Turtle is the largest sea turtle in Maryland, and in fact, the largest in the world!

It has existed in its current state since the time that dinosaurs were on the earth, making it one of the longest-existing species on the planet! 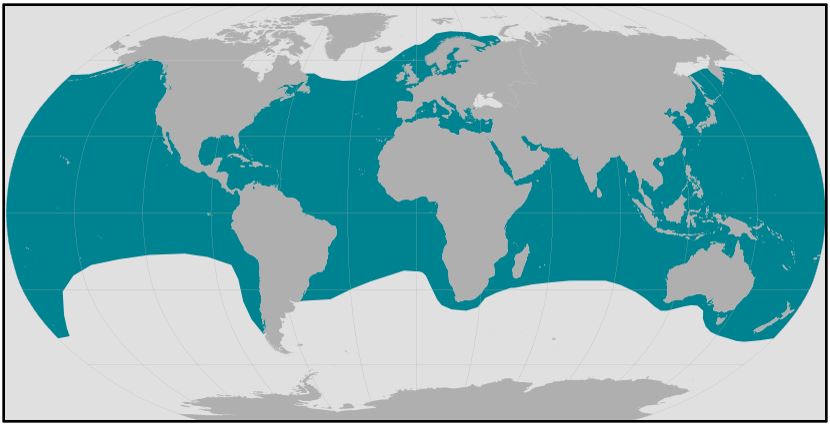 Leatherback Sea Turtles eat marine animals, including jellyfish and salps. They have a unique jaw and mouth structure to help with their soft, slippery diet! Their jaws have pointy, tooth-like edges and sharp beaks, as well as spines in their mouths that face inward to trap and hold onto their food.

One of the most interesting features of the Leatherback Sea Turtle is its speed; even though it is the largest living sea turtle, it’s also the fastest. Swimming speeds of nearly 22 miles per hour have been recorded! Considering their size, they’re pretty fast on land too!

Kemp’s Ridley Sea Turtles live in the Gulf of Mexico and the Atlantic Ocean and can be found along the eastern coastline. They prefer shallow water with a sandy or muddy bottom. 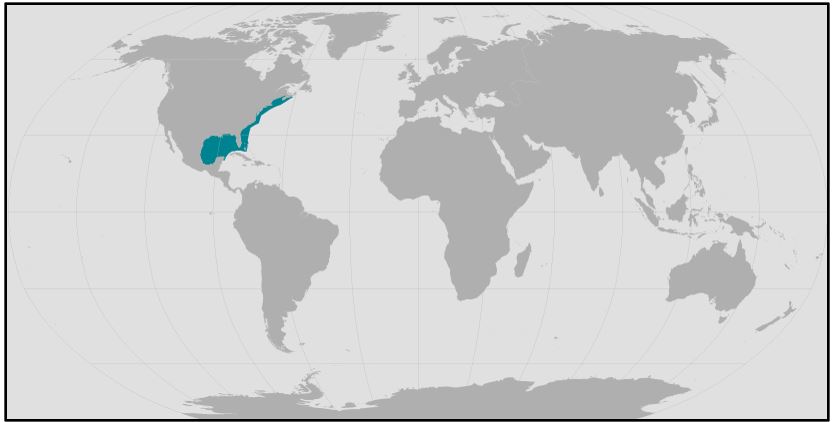 This species is the smallest sea turtle in Maryland!

Their size may be one reason they have a unique nesting strategy called arribada, where many nesting females gather offshore and come out of the water together, nesting in a tight group. Arribada nesting can help the nesting mothers protect each other from predators, and also helps more hatchlings make it to the open ocean.

Due to habitat loss, pollution, and injuries from fishing nets, Kemp’s Ridley Sea Turtles are the most critically endangered sea turtle species. Currently, their estimated nesting female population is less than 250 individuals. Intensive conservation efforts are underway, but populations have not increased since about 2010.

These sea turtles are particularly susceptible to casualties from oil spills. For example, almost all of the 156 sea turtles that died and 456 that were rescued from the Deepwater Horizon disaster were Kemp’s Ridleys.

Hawksbill Sea Turtles get their name from their hooked beak, which they use to reach into small crevices and pull out their prey. They eat sea sponges primarily, but also will prey on small fish, jellyfish, mollusks, and crustaceans. 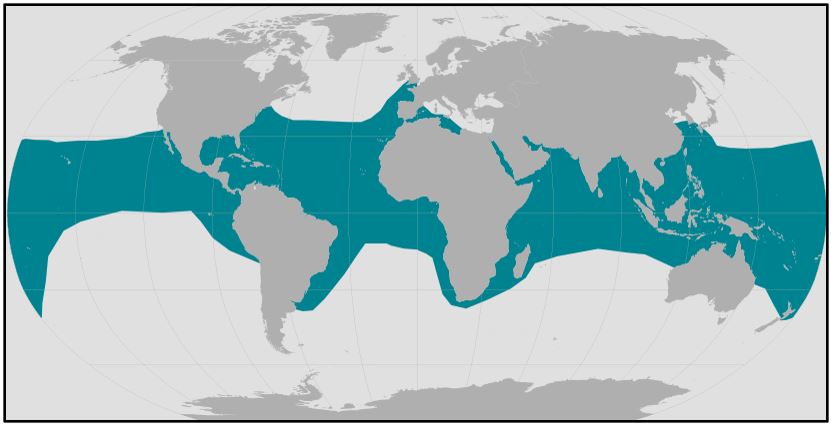 Hawksbill Sea Turtles are critically endangered, due mostly to exploitation and consumption by humans. Commonly, “tortoiseshell” accessories and items are made from the shell of the Hawksbill, and while killing them is now illegal in most countries, poaching is still a serious threat. The threat of poaching is made worse because they only nest once every 1-5 years, which is much less than most other sea turtles.

They are the only sea turtle that prefers to nest on rocky beaches instead of the sand!

When nesting, they search for “pocket” beaches, small coves or inlets surrounded by rocks. They travel high up the beach and lay their eggs in the shelter created by plants.

Which of these sea turtles have you seen in Maryland?