“What kinds of skinks are there in Texas?”

There’s no question that skinks are one of the most misunderstood animals in Texas! Are they snakes, or lizards, or some sort of combination?

Today, you’ll learn the 8 kinds of skinks in Texas!

Great Plains Skinks in Texas are frequently found in prairie grassland with open, low-growing plants. However, they occasionally also live in woodland or semi-arid desert areas.

They live in various habitats in northwestern Texas, from mountain areas to vacant lots and even city dumps! Their primary food source is ant larvae and other insects. 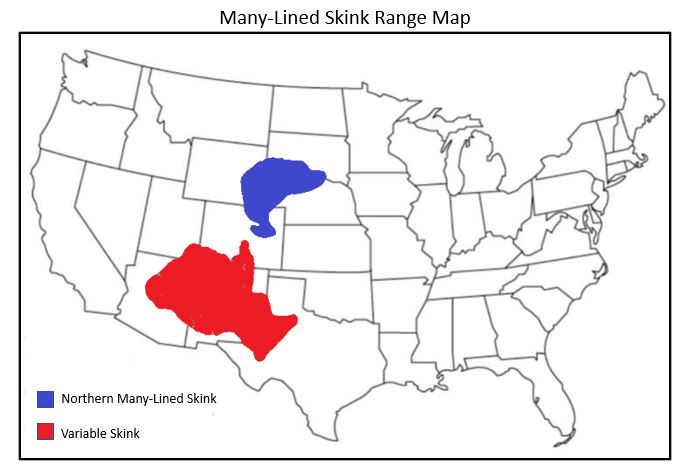 Coal Skinks are one of the most secretive, shy skinks in Texas!

Look for Common Five-Lined Skinks in eastern Texas in wooded areas near rotting stumps, outcrops of rock, and sometimes piles of boards or sawdust. Its diet consists of spiders, beetles, crickets, and other insects.

Look for Broad-Headed Skinks in eastern Texas in swamp forests, woodlands, or vacant lots with debris. 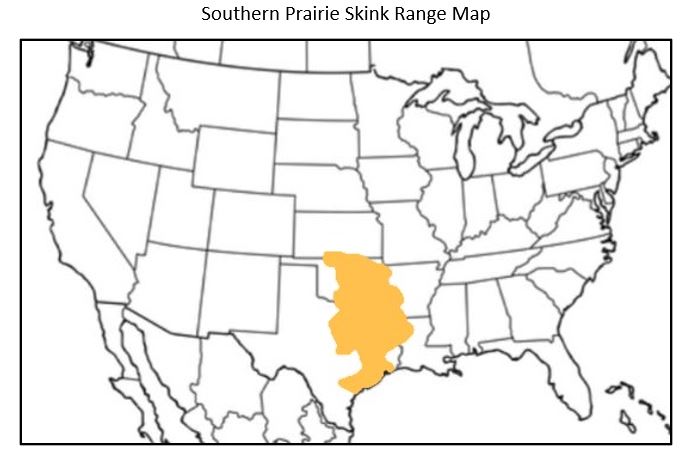 In eastern Texas, they are often called Ground Skinks because they live on the forest floor.

That’s a very handy adaptation for one of the smallest reptiles in Texas. The Little Brown Skink has many predators, including snakes, larger lizards, and birds of prey. When they try to sneak up on a “sleeping” Little Brown Skink, often the skink can run away using the element of surprise!

The Four-Lined Skink is ONLY found in Texas.

It prefers brush and grasslands with sandy soil and is usually found under debris piles. 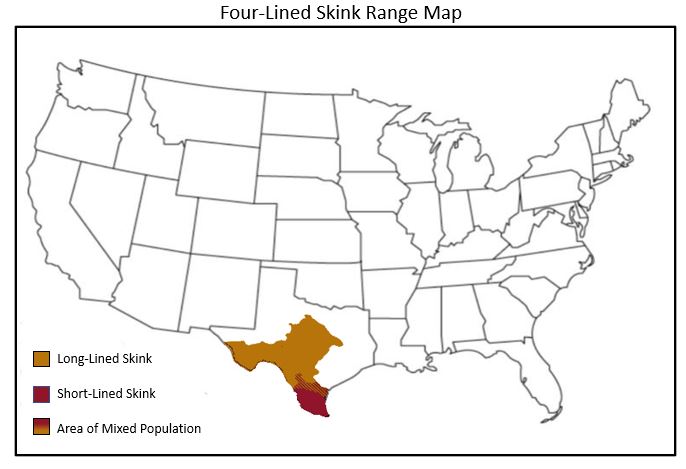 There are two subspecies of Four-Lined Skinks in Texas.

Which of these skinks have you seen in Texas?