Do you want to learn about the types of snakes found in Portugal?

You’ll see that the snakes that live in Portugal are very different from each other. They range from venomous species to snakes that use constriction to immobilize their prey. In addition, certain snakes are common to find living around people. My guess is that you have seen at least one of the snakes below in your yard. 🙂

Here are the 10 types of snakes that live in Portugal:

These small and slender snakes can be hard to find in Portugal because they are secretive.

Despite its name, Viperine Snakes are NOT venomous. But they do share many behavioral similarities with Adders (which ARE venomous), along with looking alike, which is how they got their name. 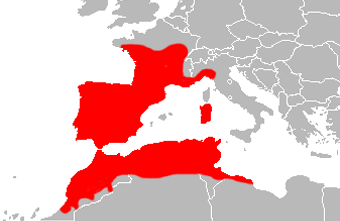 To find this snake in Portugal, you must head to an aquatic habitat as they are water snakes. They are strong swimmers and primarily hunt and eat fish and frogs.

While Viperine Snakes are fairly common, they are sensitive to changes and pollution in their wetland habitats. In addition, they are often killed by people who mistake them for being a venomous viper.

Despite being venomous, these snakes are not considered a threat to humans in Portugal. 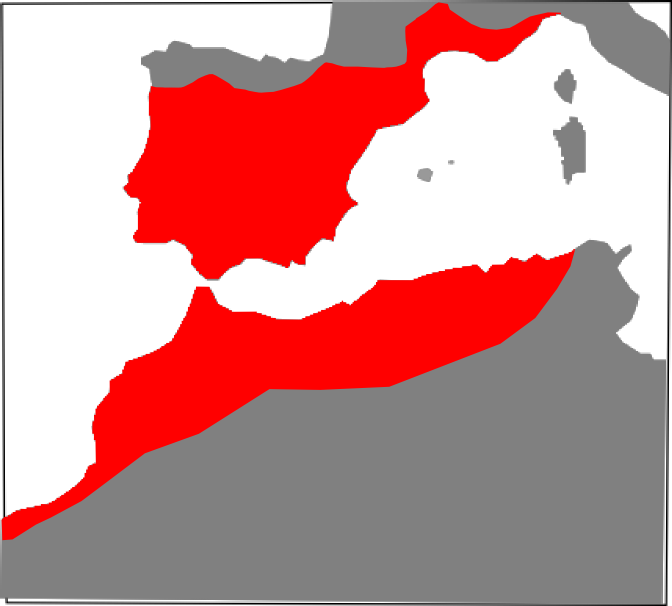 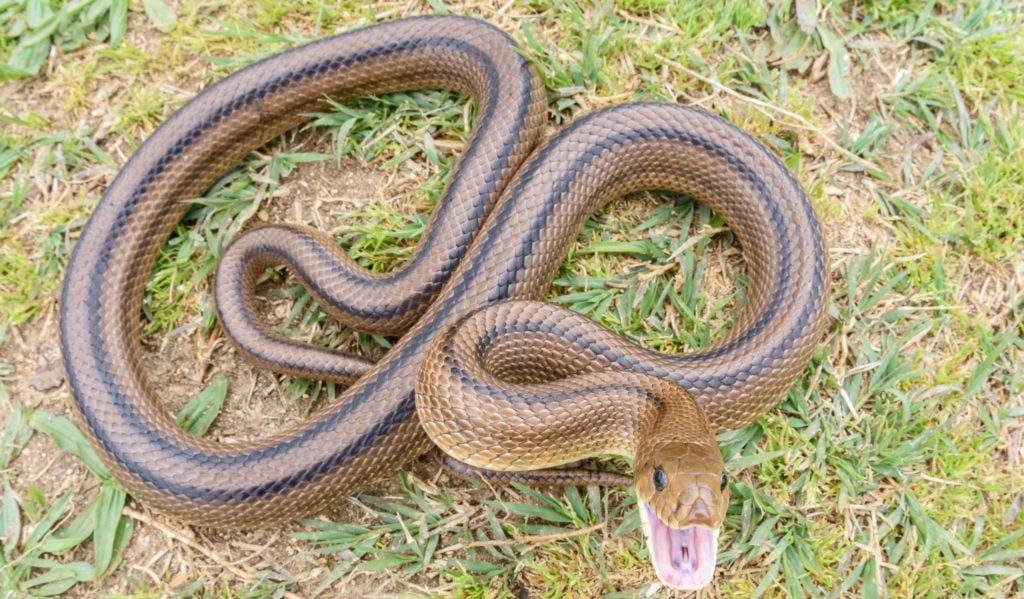 Naturally, Ladder Snakes are fairly abundant in Portugal in areas with scrubby, brushy cover with lots of sunshine. They have adapted well to human environments and are often seen living in orchards, vineyards, and overgrown stone walls. Look for them hiding inside rodent burrows, hollow trees, or piles of stones. 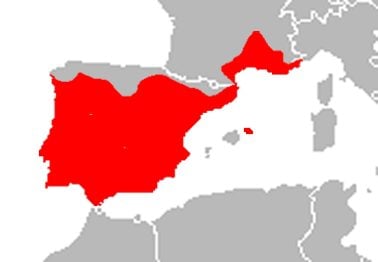 Being a “rat snake,” most of their diet comprises small mammals, such as mice, rabbits, and shrews. Although they also prey on birds and are known to climb to search for nests.

When threatened, Ladder Snakes are aggressive and become very defensive. You can expect them to hiss and lunge forward with their mouths open. If you decide to continue to pick them up, expect them to bite repeatedly, in addition to releasing a smelly odor on you. 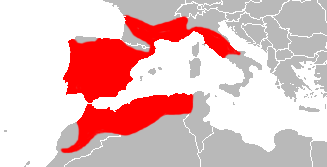 This small snake is discrete and hard to find. In addition, they are mainly active at night. And if you do come across a Southern Smooth Snake, they are harmless and rarely bite. The worst thing they will probably do is release a smelly substance onto your hand. 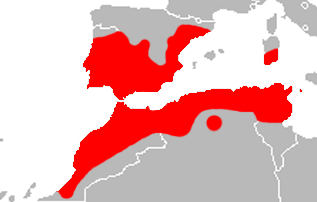 Horseshoe Whip Snakes are shy and usually run away quickly at the first sign of danger. This wariness, combined with their fast speed, means getting a good look at one can be hard. If they do become cornered and can’t escape, they will flatten their head, hiss loudly, and bite readily! 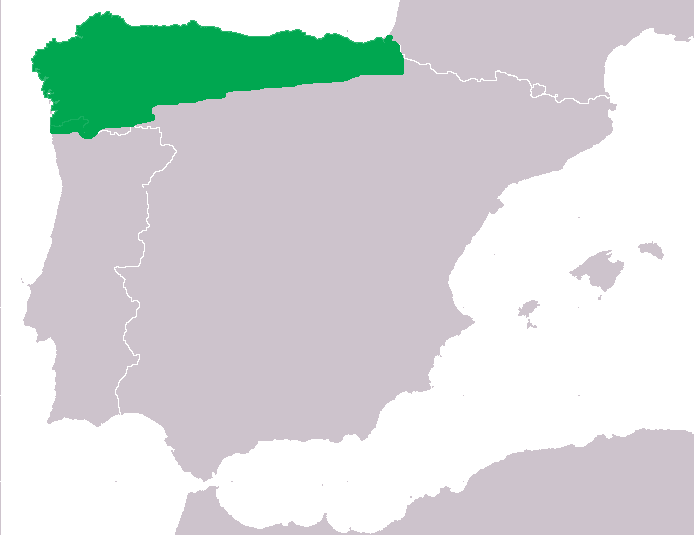 These snakes are venomous. If bitten, you should seek medical attention immediately, but in general, their venom is not as dangerous as the Asp Viper.

Seoane’s Vipers mainly feed on small mammals that they ambush. But if needed, they will pursue their prey into their burrow (I would not want to be that mouse!).

Lataste’s Vipers are found in southwest Portugal in many habitats, including different elevations. For example, they live in coastal dunes with Umbrella Pines, open deciduous forests, rocky areas with stone walls, and also on sunny rocky slopes in the Sierra Nevada. 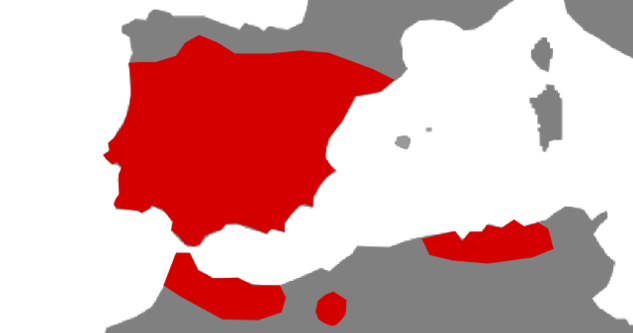 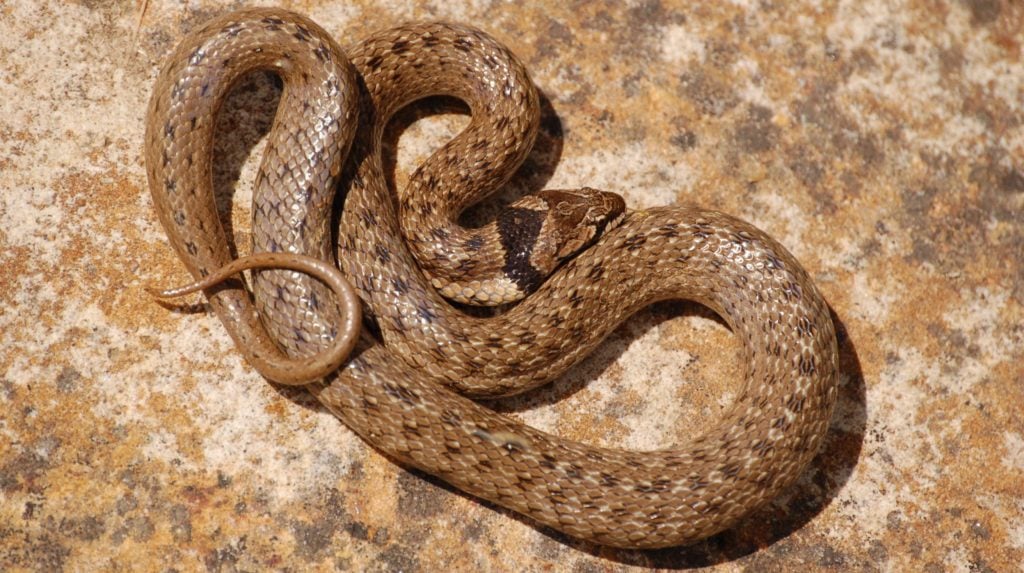 Iberian False Smooth Snakes can be hard to locate in southwest Portugal because they are completely nocturnal and crepuscular. They come out at night to hunt on the ground for geckos, lizards, and worm lizards. Interestingly, worm lizards make up about half its diet. 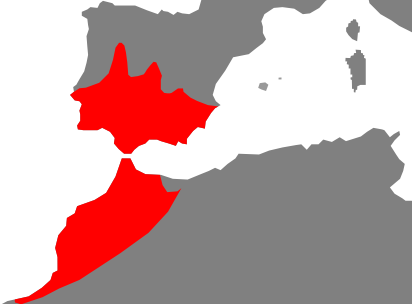 You might not guess it, but Iberian False Smooth Snakes are venomous! They are considered opisthoglyphous, which means that the rear teeth in the upper jaw have been modified as fangs. Since their fangs are at the very back of their mouth, it’s almost impossible for them to inject venom into a human. In addition, their mouth is too small, and the toxicity of the venom is too low to cause any damage to a person. 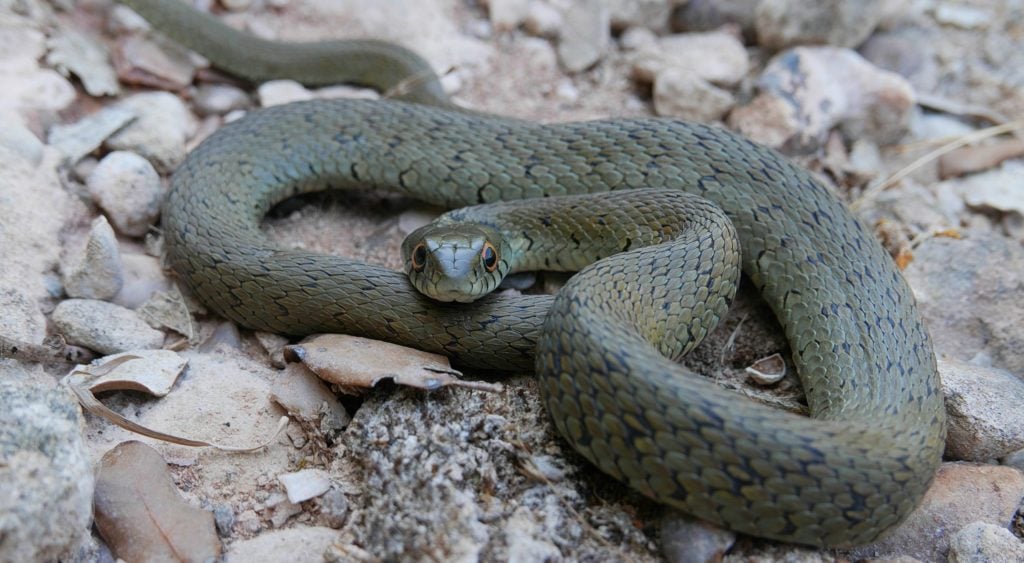 Look for this snake in Portugal living near water!

Do you need more help identifying a snake you saw in Portugal?

Which of these snakes have you seen before in Portugal?