What types of squirrels can you find in Vermont?

Below are the 4 types of squirrels that live in Vermont!

The Eastern Gray Squirrel is common in Vermont, and one of the squirrels that people do battle with the most at their backyard bird feeders!

While this squirrel is native to Vermont, they are actually an invasive species in other parts of the country and world. Eastern Gray Squirrels are especially problematic in many parts of Europe because they outcompete and displace their native squirrels, such as the incredibly cute Eurasian Red Squirrel.

The American Red Squirrel is widespread across Vermont and easy to identify when compared to other squirrel species. As the name suggests, they have a reddish color and white belly that makes them easy to distinguish. Size-wise, they are both MUCH smaller than both gray and fox squirrels but larger than chipmunks.

In Vermont, there are TWO flying squirrel species you can observe: 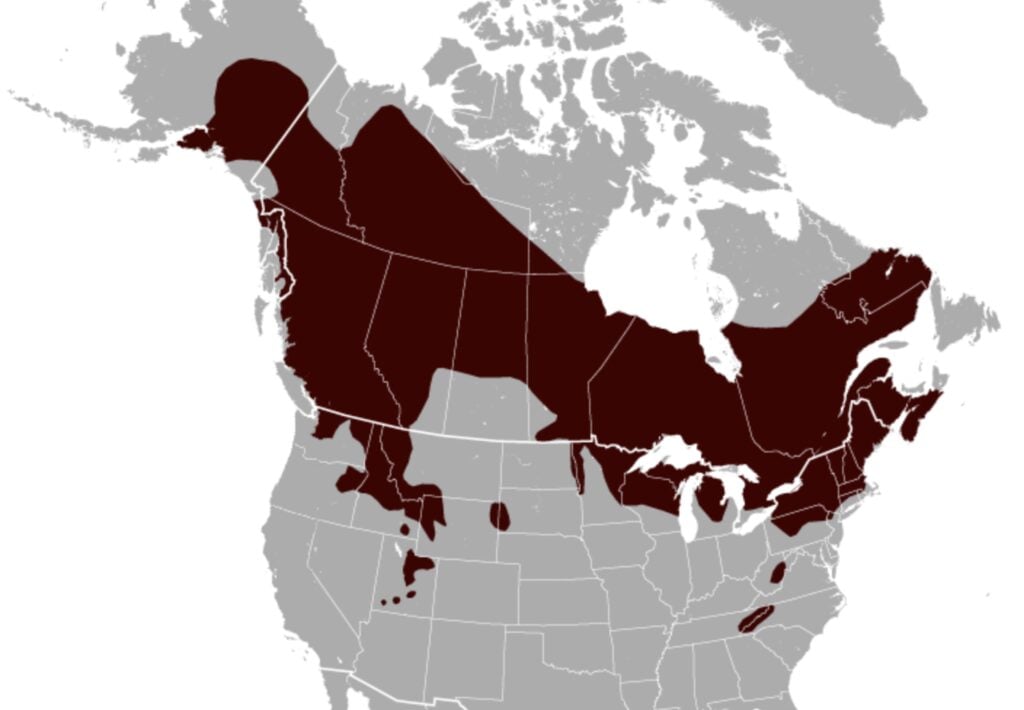 Lifespan: On average, they live just a few years, and it’s rare for an individual to see the age of five. Predators include owls, hawks, snakes, bobcats, raccoons, foxes, and domestic cats.

If you ever see one during daylight, you will get to observe fur that is reddish-brown or gray, while its belly is cream white. Large, black eyes take up much of their head, which is needed to help them see at night. Southern Flying Squirrels are a bit smaller than their cousins, Northern Flying Squirrels.

But even though they are common, almost nobody knows they exist or sees them! Like other flying squirrels, this species is nocturnal and spends most of its time in the canopies of deciduous forests.

Southern Flying Squirrels often visit bird feeders at night, feeding on sunflower seeds and peanuts. Luckily, I have a camera that watches my bird feeding station, and it has incredible night vision! Check out the video below to see one come down from the trees and stay for dinner. 🙂

If you want to watch more LIVE bird feeder cameras, check out this post -> 8 LIVE Bird Feeder Cams From Around the World!

These squirrels are extremely social and are often observed foraging, gliding, and resting together in large groups. In winter, groups of up to 20 animals come together in one nest to conserve energy and stay warm.

Which of these squirrels have you seen before in Vermont?

Learn more about other animals found in Vermont HERE: