“What kinds of venomous snakes can you find in Utah?”

Believe it or not, you can find FOUR types of venomous snakes in Utah. But please don’t live in fear, thinking that you are going to be bitten. In general, snakes try to avoid any contact or interaction with people. As long as you leave them alone, you shouldn’t have any trouble!

4 Venomous Snakes That Live in Utah: 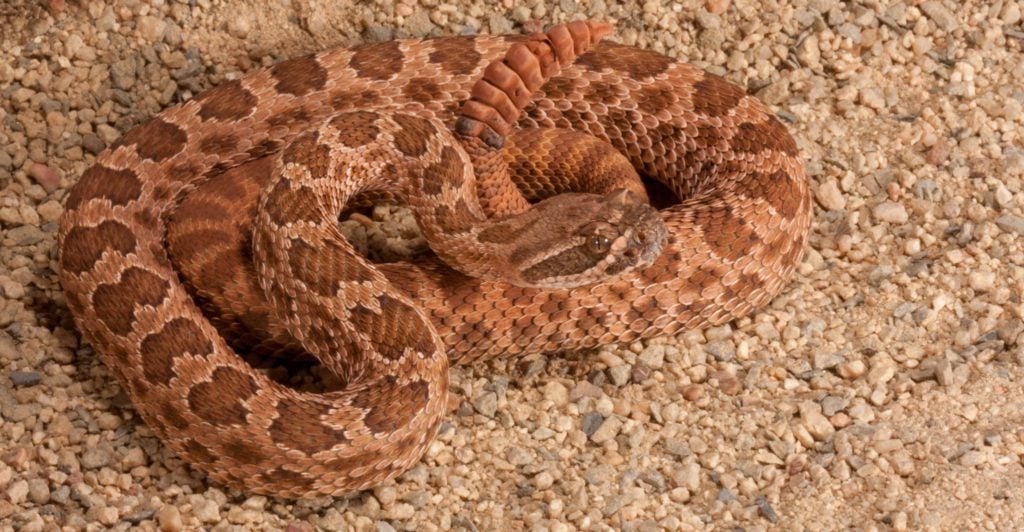 These venomous snakes can be found only in far southeastern Utah in desert plateaus. They can even be found at elevations up to 9500 feet!

This venomous species occupies a wide range of habitats. They can be found in mountainous areas, woodlands, and grasslands. They also often occur in close proximity to humans.

Look for this venomous snake in the very southwestern tip of Utah inhabiting rocky, arid country, including canyons, rocky hillsides, and rock ledges. Their color usually matches the color of the rocks and soil in their habitat.

These venomous snakes are most active in southwestern Utah at dawn and dusk.

Which of these venomous snakes have YOU seen in Utah?