Did you recently see a mystery WHITE bird in Texas?

Well, you’re in the right place. Below, you will learn about the different WHITE birds found in Texas. I’ve included high-quality pictures and range maps to help you!

The list below focuses ONLY on NATURALLY white birds found in Texas.

The typical pigeon has a gray back, a blue-grey head, and two black wing bars. But their plumage is highly variable, and it’s common to see completely white birds in Texas.

Look for these white birds in Texas near aquatic habitats.

To see a complete list of the types of gulls and terns that live in Texas, many of which are white, check out the article below.

Appearance-wise, Great Egrets are one of the most stunning white birds found in Texas. They especially put on a show during breeding season when they grow long feathery plumes, called aigrettes, which are held up during courtship displays.

Interestingly, these white birds are not native to Texas.

Although they can be found more inland, the best spot to see these white birds in eastern Texas is near the coast. They typically forage together in large groups in shallow wetlands, looking for crustaceans and insects.

It’s hard to miss these LARGE white birds in Texas due to their massive size!

Trumpeter Swans are the largest white bird native to Texas!

Trumpeter Swans were once endangered due to overhunting, but luckily their population has recovered, and they are increasing their numbers. Unlike Tundra Swans, this species stays in Texas in summer to nest and breed. Look for them near ponds, lakes, rivers, and marshes, and the farther from people, the better!

During the breeding season, Snow Geese spend their time in the continent’s northernmost areas, away from human civilization. As a result, most people only get the pleasure of seeing this abundant white bird in Texas when they migrate south in fall and winter.

During migration and the non-breeding season, these white birds can be seen in Texas in marshes, lakes, and farm fields, where they enjoy eating leftover crops.

These white birds are unmistakable when flying over Texas!

Unfortunately, Swallow-tailed Kites are not in Texas long. After a few months of raising their young during summer, they migrate back to South America for the winter. 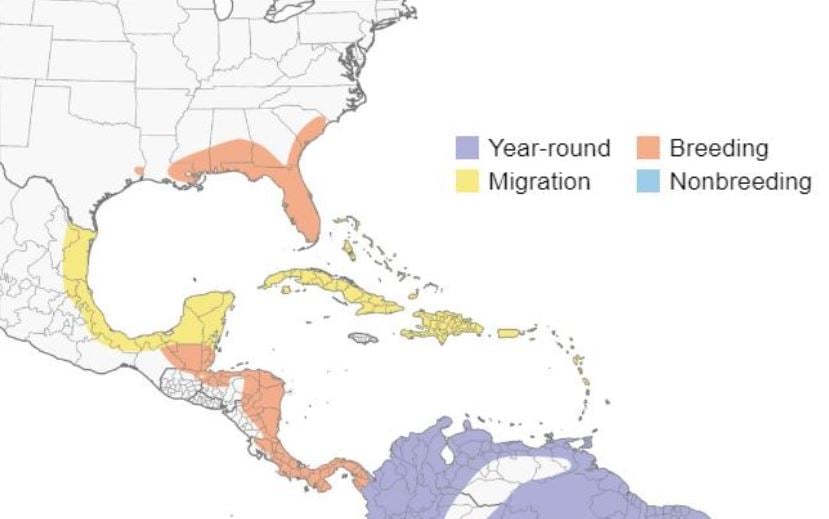 The best places to find these white birds in southeastern Texas is near grasslands, marshes, or open woodlands. You’re most likely to see them hunting for small mammals, lizards, or birds in the early morning.

Wood Storks are incredibly tall white birds found in coastal Texas, standing over 3 feet (.9 m). They are water birds and are typically seen in marshes or swamps looking for food, which includes fish and crustaceans.

Which of the white birds have you seen before in Texas?