“How many COLLARED lizards are there in Texas?”

Today, you’ll learn the 2 kinds of collared lizards in Texas.

Eastern Collared Lizards can be found in western Texas in desert shrubland, open juniper-pinon forest, and grassland. They prefer areas with rocks for basking, open space for running, and lots of sunlight.

This species is the only type of collared lizard that is not restricted to rocky habitats.

They live in desert scrubland, mesquite groves, and prickly pear cactus patches. They prefer hot, sunny weather, and you can usually see them basking in the heat of the day. 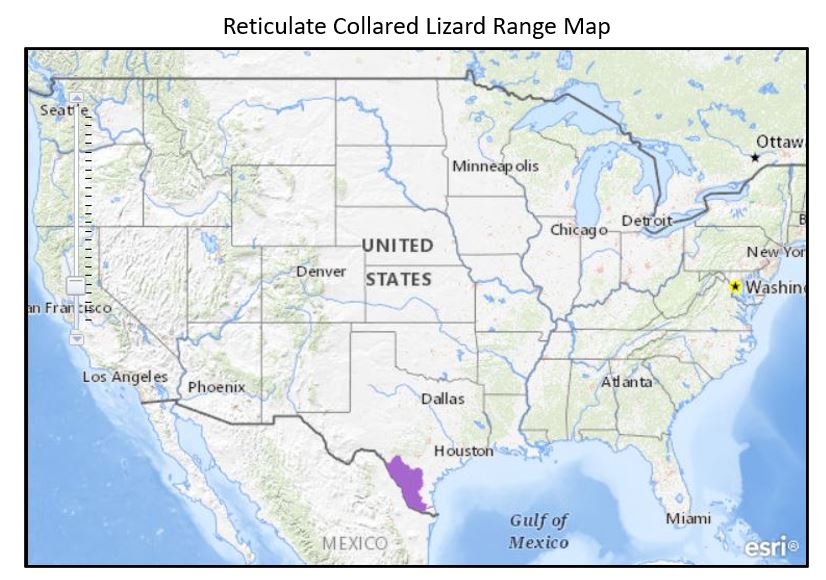 Reticulate Collared Lizards are easy to spot in southern Texas because of their unique pattern.

However, you’ll have difficulty finding one because this is the only Collared Lizard species whose population is threatened. Their range is in decline because of the loss of their habitat due to human development.

Which of these collared lizards have you seen before in Texas?