What types of falcons can you find in Colorado?

Lucky for you, no matter where you live in Colorado, you should be able to find at least a few falcon species nearby!

Below is a list of the 4 types of falcons in Colorado!

Peregrine Falcons can be found everywhere in Colorado, and are actually located on every continent except Antarctica. Because of their fondness of nesting on the sides of tall buildings, these falcons are common in cities where they can become quite the local celebrities!

The American Kestrel is the smallest falcon in Colorado and is roughly the size of an American Robin. Don’t let the tiny stature fool you, though, because this raptor is an accomplished hunter.

American Kestrels are the most widespread and numerous falcons on the continent, and common to see in Colorado.

Merlins are small, fierce falcons that are widespread across Colorado. With that being said, they are not that common to observe and are unpredictable in regards to their range. They are a bit larger than the American Kestrel, with a stockier build, sharply pointed wings, and medium-length tail.

Merlins can be found almost everywhere in Colorado.

You’ll find the Prairie Falcon in the open areas of Colorado. Specifically, look for this raptor in grasslands, shrubby deserts, farm fields, and pastures. If there are too many trees around, then you probably won’t find this beautiful bird of prey!
The Prairie Falcon and Peregrine Falcon look similar to each other. In fact, these two species diverged from a common ancestor about 4 million years ago. Although approximately the same size, the Prairie Falcon is a considerably lighter bird and requires less food as a result. 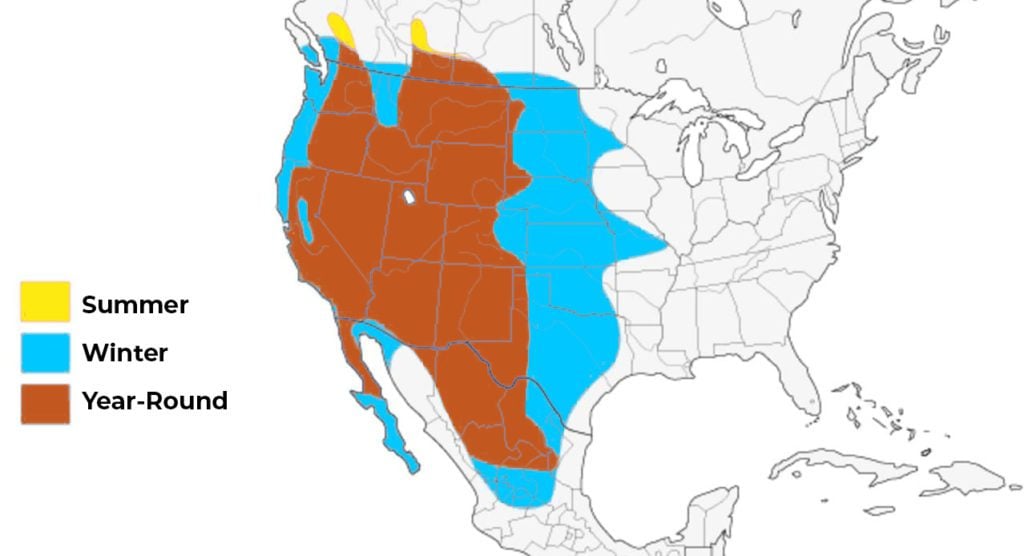 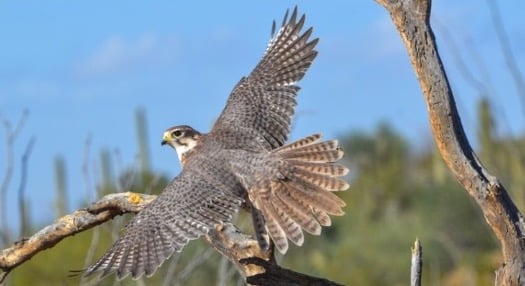 Which falcons have you seen before in Colorado?