Below, you will learn the THREE most common calls that a Hairy Woodpecker makes, including what it sounds like when they drum against a tree! These common birds are often heard in forests and wooded suburbs across North America. 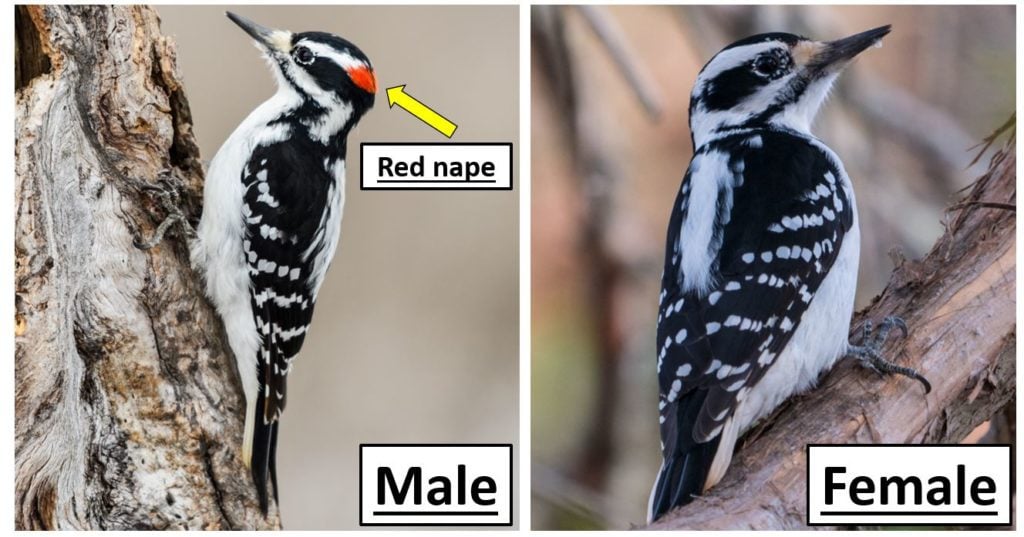 Some people compare this call to the sound of a squeaky dog toy!

Sound #2: The whinny or rattle

While in the woods, listen for a sound that is best described as a rattle or whinny. This sound is also very similar to a Downy Woodpecker, but a Hairy Woodpecker whinny stays at one pitch, whereas a Downy descends in pitch at the end.

As you can hear in this clip, you will often hear the “peek” call and the whinny made in succession.

Their rapid drumming lasts about 1 second and is very even-paced. It can be heard year-round by both males and females. Interestingly, when you hear a drum, it’s not an attempt to drill into wood but rather a way for woodpeckers to communicate with each other.

Hairy Woodpeckers drum for many reasons, such as defending and establishing territories, courtship, calling for their mate, and as an alarm call.

Watch the short video below to hear more examples of Hairy Woodpecker calls, sounds, and noises.