Although they are not known for their beautiful voices, American Crows make a WIDE variety of calls and sounds. They are even known to mimic other birds! 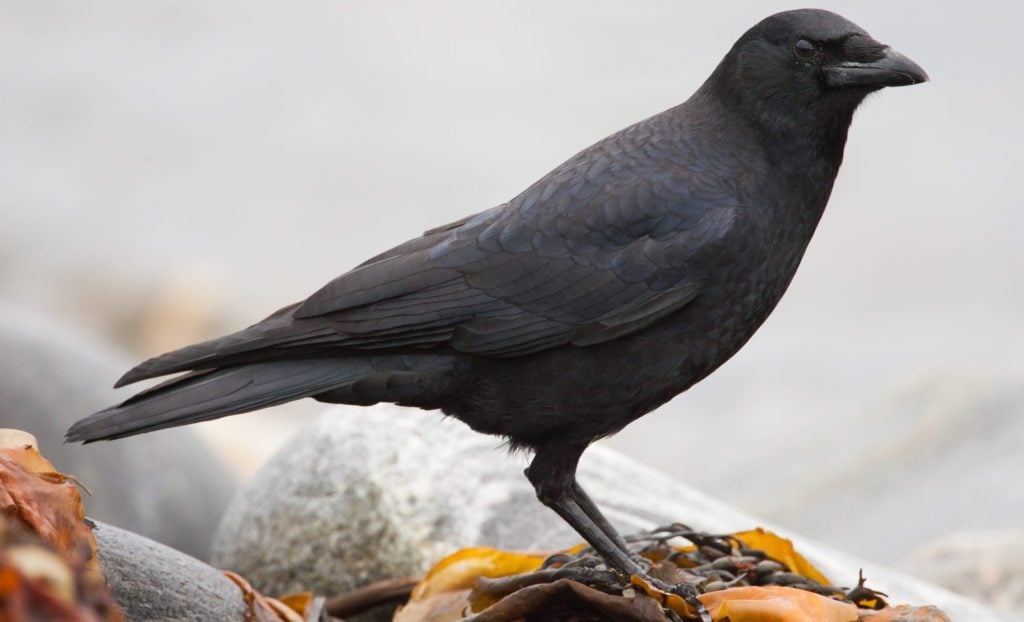 Below, you will learn the THREE most common calls that American Crows (Corvus brachyrhynchos) make. These common birds are heard across North America in many different habitats.

The most common sound from an American Crow is a loud, repeated “caw, caw, caw,” which can have many variations. Typically, American Crows will thrust their heads up and down as they make this call. Groups of crows will often gather and call together, which can become quite loud! There are sometimes hundreds of birds in these “murders.”

Another common noise that American Crows make is a loud rattle. These rattles and clicks are typically made when communicating with other crows.

The “ko-aw” sound happens 29 seconds into the audio recording above.

“Ko-aw” is the best way to describe the last sound that American Crows make. You will often hear it intermixed with other vocalizations, such as the “caw, caw, caw.”

Watch the short video below to hear more examples of an American Crow’s calls, sounds, and noises.