What types of hummingbirds can you find in Panama?

Today, you will learn about 11 of the most COMMON hummingbirds found in Panama.

Look for Ruby-throated Hummingbirds in Panama only during the winter. 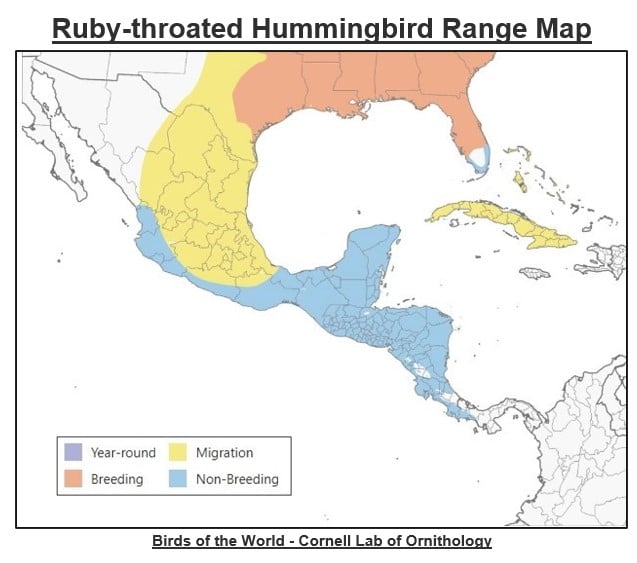 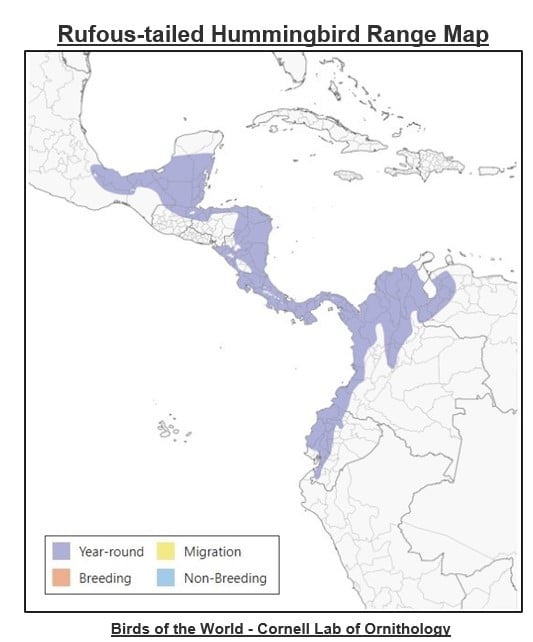 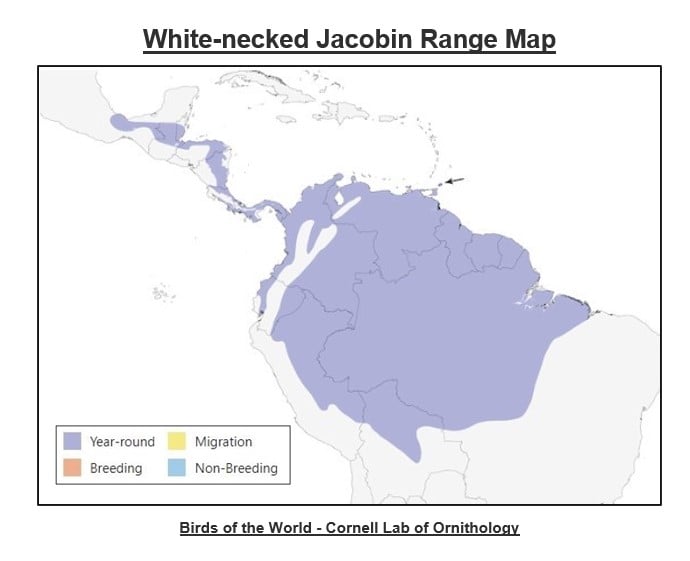 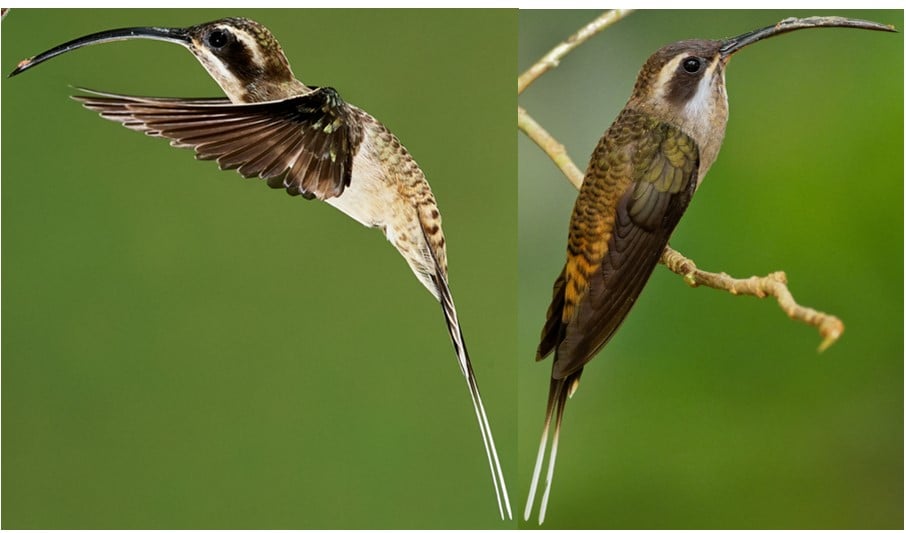 Look for this unique hummingbird in Panama in humid tropical lowlands. 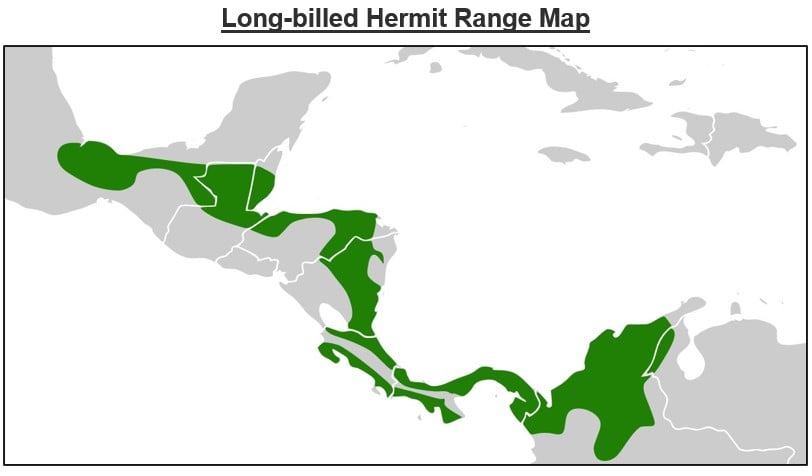 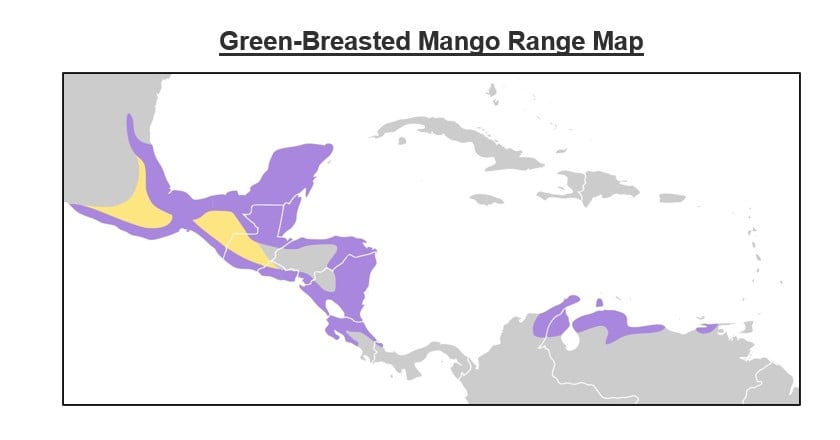 The stunning Violet Sabrewing is the largest hummingbird in Panama. 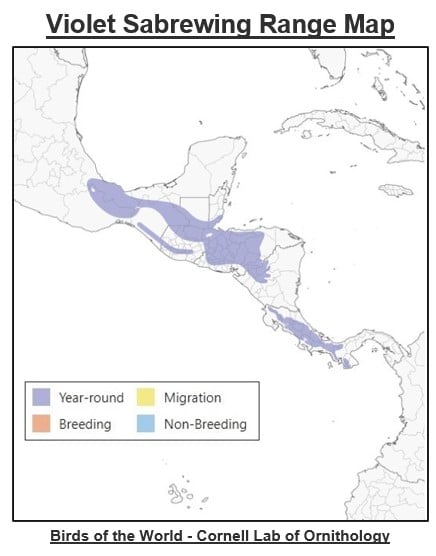 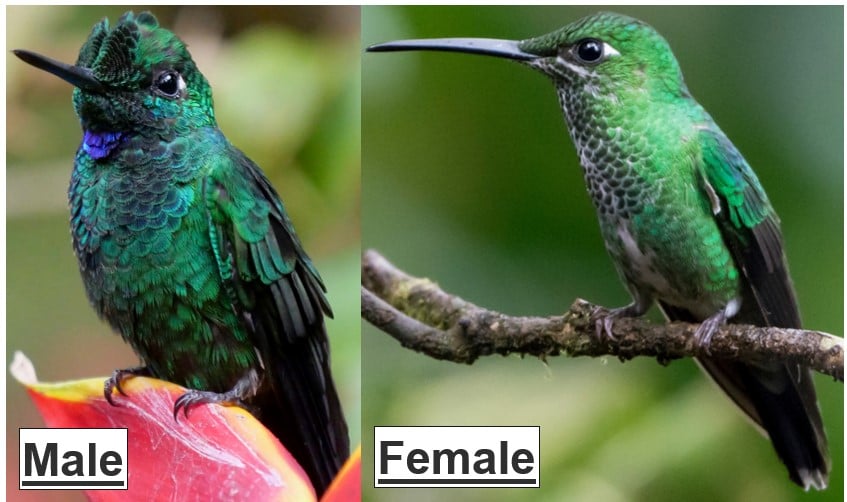 Males generally feed in the middle and upper forest story, so it can be hard to see them. However, females also feed from small understory plants, garden flowers, and even hummingbird feeders. Their primary source of nectar is a vining plant called Marcgravia. This beautiful vine has colorful leaves that add a charming pop to gardens. 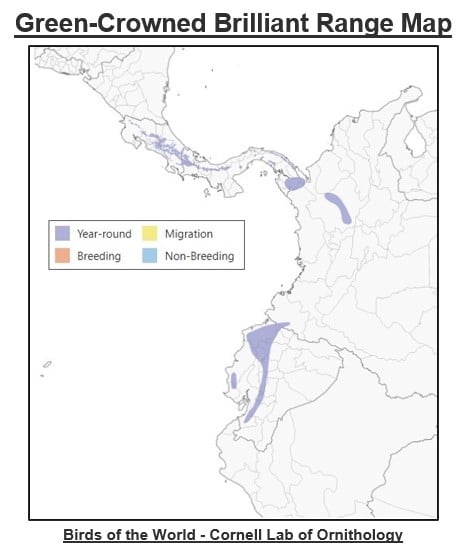 Interestingly, unlike most hummingbirds in Panama, they cling to flowers to feed instead of hovering. 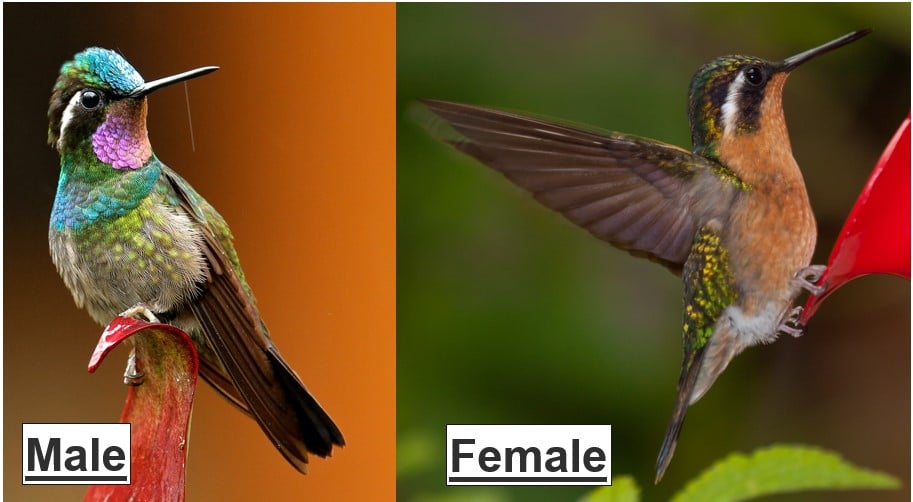 As their name suggests, Purple-throated Mountaingems occupy humid montane evergreen or cloud forests. Cloud forests are high-elevation forests where there is consistent cloud cover, creating an ethereal, foggy landscape. Hummingbirds in Panama are particularly fond of this habitat! 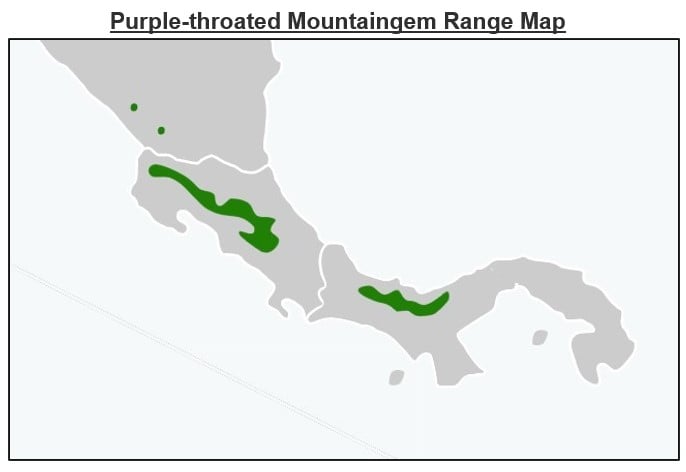 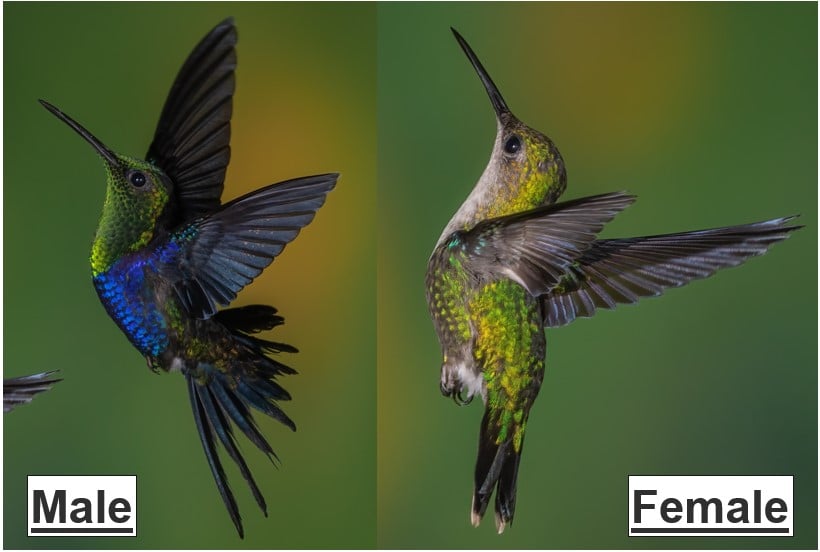 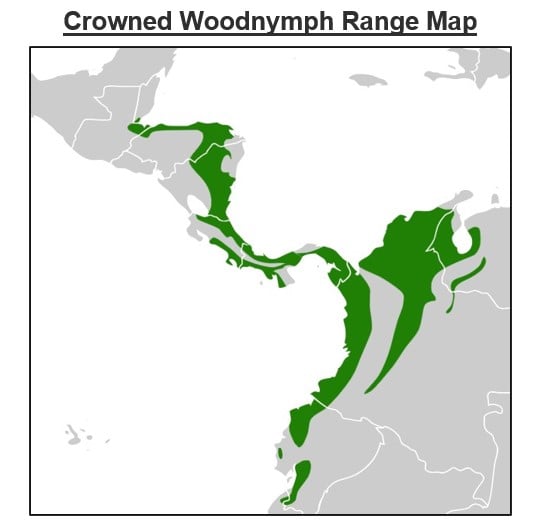 If you want to see Crowned Woodnymphs in Panama, try planting Heliconias. 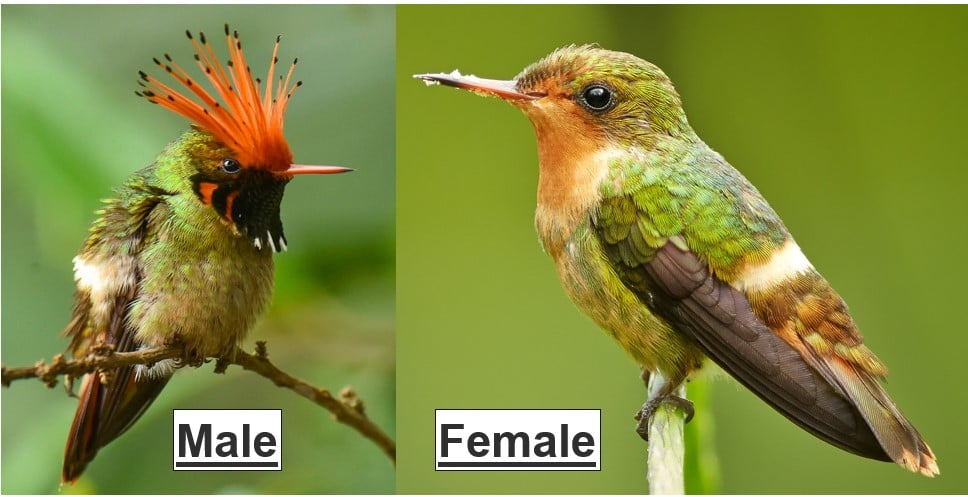 You may have seen one of these tiny hummingbirds in Panama and not even know!

Rufous-crested Coquettes frequently pump their tails in flight, giving them an insect-like appearance. As a result, many people mistake them for sphinx moths. But if a male stops and you get a good look, it’s hard to mistake it for any other species due to it’s orange head crest. 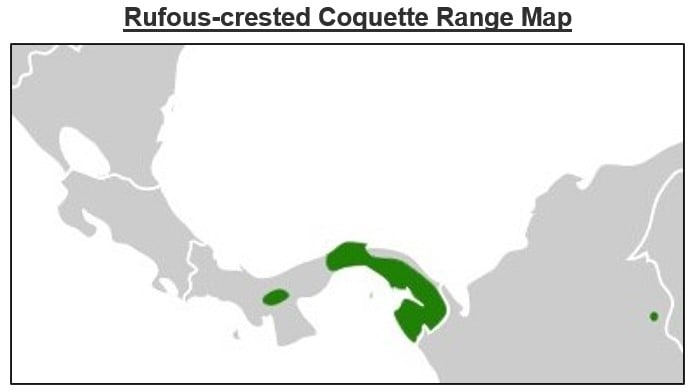 The best way to find one of these stunning birds is to look for it in its preferred foraging area. Rufous-crested Coquettes frequent trees and shrubs with small white flowers like those in the myrtle and verbena families. They also take insects and have been observed using a hawking strategy, catching them mid-air.

Rufous-crested Coquettes can be found foraging in forest openings, clearings, and roadsides. Despite deforestation and habitat loss, this species is likely to thrive because of its willingness to eat in the open. Consequently, conservationists are optimistic about their future. 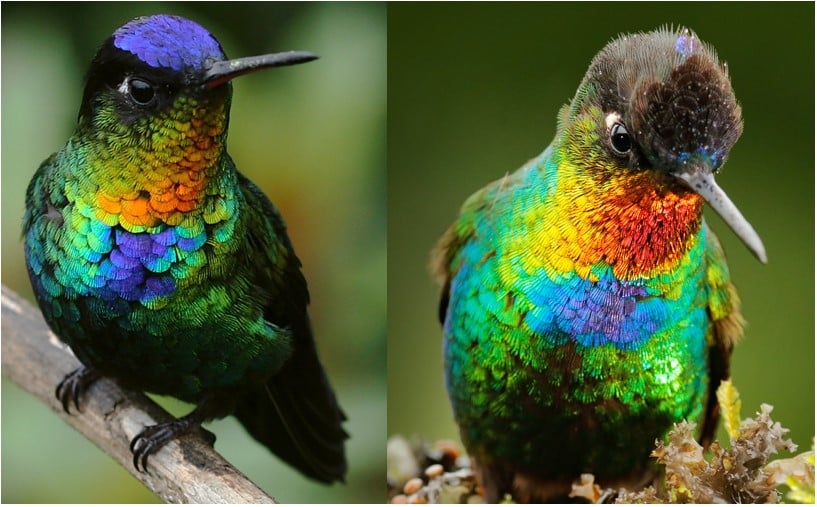 These stunning hummingbirds are a true mountain species in northern Panama. They’re rarely seen below 4,500 feet and spend most of their time higher, venturing as far as the tree line in many places.

Fiery-throated Hummingbirds in Panama survive at these high altitudes by doing nearly anything for a meal! At flowers that are too deep for their bills, they make holes or use ones made by bumblebees or flower piercers, drinking from the base of the flower instead. They also frequently visit nectar feeders. Additionally, they feed on insects by gleaning them from foliage or catching them in mid-air. 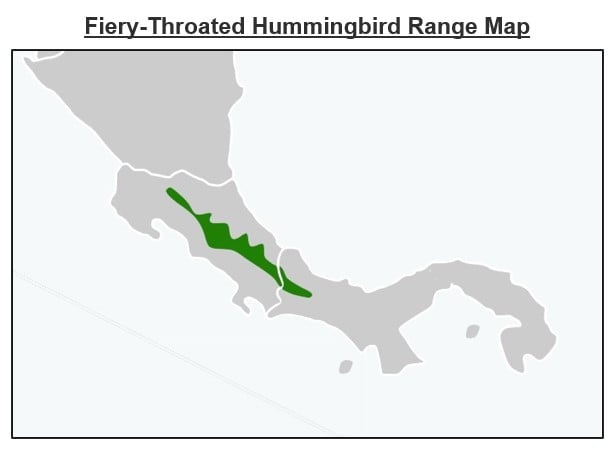 They’re aggressive and dominant over most other hummingbird species when defending their feeding territories. Males will defend territories during the breeding season but allow females to feed. Then, after breeding, both sexes defend territories from other species and each other.

Which of these hummingbirds in Panama have you seen?