In case you are unaware, the term “No Mess” or “No Waste” bird seed refers to food that’s already had the shells removed.

For example, think about a sunflower seed. A no-mess blend does not include the hard outer shell. It just includes the delicious kernel for the birds to eat.

When it comes to feeding birds, making the switch to NO MESS bird seed was one of the best things I’ve ever done.

Seriously, cleaning up the piles and piles of discarded shells underneath feeders is both time-consuming and gross. I can’t imagine a scenario where I would go back to buying bird seed that hasn’t already been hulled.

Unfortunately, many people are turned off by no mess bird seed because of its higher price. It’s true, for the same size bag, you are going to pay more for food without shells. But in my opinion, the benefits of no mess bird seed far outweigh the extra costs.

And today, I’m providing you with TEN incredible benefits of using NO MESS food!

Before I started using no-mess seeds, I often needed to clean the area underneath my feeders. The number of shells that accumulated was incredible! There were so many I would often need a rake, shovel, and wheelbarrow to dispose of them all properly.

Seriously, check out the video below. You will see both the amount of waste that piled up and the effort to clean it up.

But guess what happened when I switched to no-mess bird seed?

Since there are no more shells, it is extremely rare for me to clean the ground area anymore. Once in a while, I just have to take a rake and sort of “freshen up.”

Over the past few years, I have saved COUNTLESS hours and energy by not having to clean and get rid of all the seed waste!

Before I started using No Mess foods, the area underneath my feeder was a disgusting pile of waste! As the layers of shells accumulated, the ground would start to look worse and worse.

My feeding station is at the back of my yard and is visited often by me and other people. Not to mention, as you probably know, I have LIVE cameras that watch my feeding station. So I started to become very aware of the “aesthetics” of my feeding area. And let me tell you, it was not good!

To see my backyard, check out this interview about me and Bird Watching HQ on PBS:

Luckily, switching to no mess bird seed changed the appearance of my feeding station overnight! It looks so much better without any shell waste.

Instead of being embarrassed by the giant mess, now I’m proud to show off my feeding station to everyone. 🙂

#3. It helps protect your birds from disease.

A great benefit of no-mess bird seed is that it helps keep your birds safe!

As shells and other waste start to pile up, your feeding station can become a breeding ground for bacteria. And all that bacteria can promote diseases, which can easily affect the birds and other animals in your yard.

If you decide not to use no-mess bird seed, then you MUST be very diligent about cleaning the ground under your feeders to help protect your birds.

As hard as I tried, it was hard to keep up with all the seed waste. Specifically, I remember there were times when we would have extended periods of rain. Because of the rain, I wasn’t able to get outside as much to clean, but the seed waste was still piling up WHILE also being exposed to lots of moisture.

And in case you forgot this very important equation from algebra:

There were times I would head out to my feeding station and be taken aback by the stench of the rotting shells. And I was amazed at how fast this could happen with the right weather conditions.

Luckily, discarded shells don’t accumulate with no-mess foods, so you never have to worry about a ripe stench. 🙂

There is no getting around the fact that a bag of no-mess seeds costs more than the same size bag of seeds that still has a shell.

But, there are other things to consider.

When you buy a bag of NO MESS bird seed, you are getting way more bird food. Just think about it; you are not paying for the shells and all the room that the shells take up! 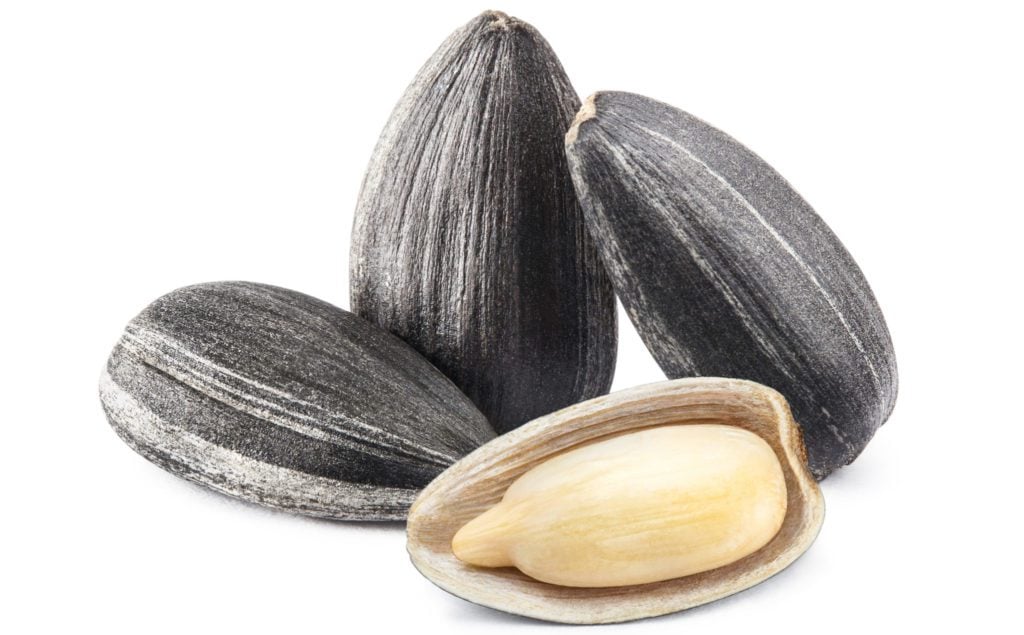 Some people have problems with seeds that don’t get eaten. Unfortunately, they end up germinating and becoming weeds around their yard.

Well, luckily, seeds that have their shell removed CAN’T grow. Yep, the outer shell is required for sprouting, so with no-mess seeds, you won’t need to worry about any weed surprises.

Black-oil sunflower seeds that are still in the shell are arguably the most popular bird food that people use. They are pretty inexpensive, and they attract a vast amount of species. 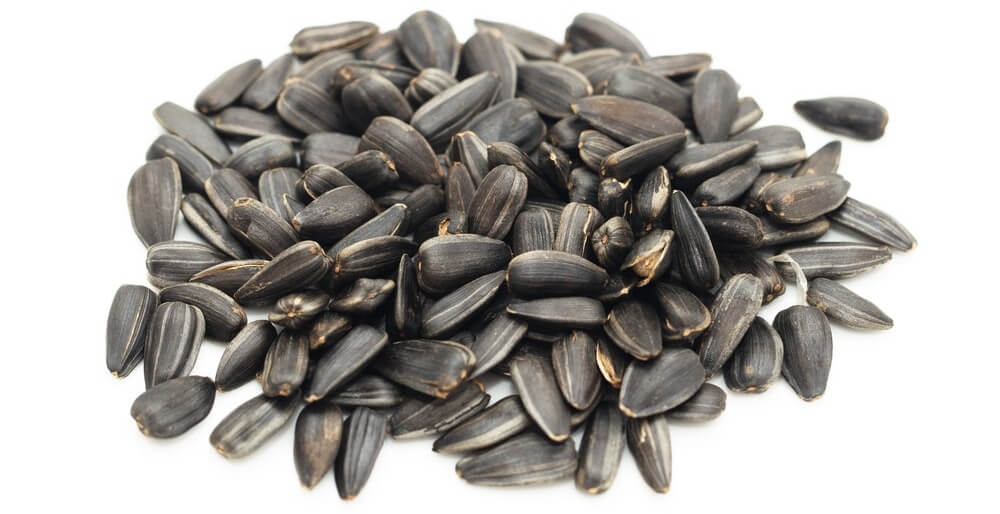 But did you know that the shells have a toxin that inhibits other plants from growing?

Having these toxins is an evolutionary advantage for sunflowers. Since other plants hopefully can’t germinate around their seeds, the sprouted sunflower has a higher chance of surviving.

But, as far as feeding birds go, sunflower shells have a devastating effect on your grass. Just imagine what happens when piles and piles of sunflower shells accumulate together? That is a lot of toxins going into the ground, which makes the soil ungrowable.

Don’t believe me? I was able to get these two photographs from my backyard feeding station that show the effect of sunflower shells.

The “After” photo occurred less than a year after the “Before” picture. It’s pretty crazy to see how quickly the grass died from the black-oil sunflower shells!

In my opinion, the fact that no-mess bird seed can draw in the largest variety of birds is one of its BEST benefits!

Not all birds have beaks that are great at cracking large sunflower seeds. For example, goldfinches and native sparrows MUCH prefer to eat hulled sunflower. Both of these species don’t love to (or can’t) open large, hard seeds.

In addition, there are many types of birds that aren’t considered “feeder” birds because they don’t eat seeds. But many of these species will stop by to sample a no-mess blend because they don’t have to open up a shell. Some examples include warblers, catbirds, bushtits, mockingbirds, bluebirds, wrens, and robins.

#9. You won’t have to refill your feeders as much.

As we just discussed, seeds with shells take up more room than no-mess bird food.

If you fill your feeders with seeds with shells, then potentially 40% of the feeder is filled with inedible material.

But if you are using a No-Mess mix, the entire feeder contains food that will be eaten! So in actuality, you are offering way more food, which will last a lot longer in the feeders, which means you don’t need to refill them as much!

#10. Cleaning your feeders is easier.

The last reason you should use No-Mess bird seed is that it keeps your bird feeders cleaner.

The reason is simple. There are no shells or other debris to make a mess! Pretty much 100% of the food will be eaten.

Unfortunately, discarded shells get stuck in all sorts of places and small crevices.

*Want to learn more about bird food that doesn’t include waste?*

Check out these two posts:

Let us know in the COMMENTS below. 🙂