You should NEVER use rat poison to control rodents. 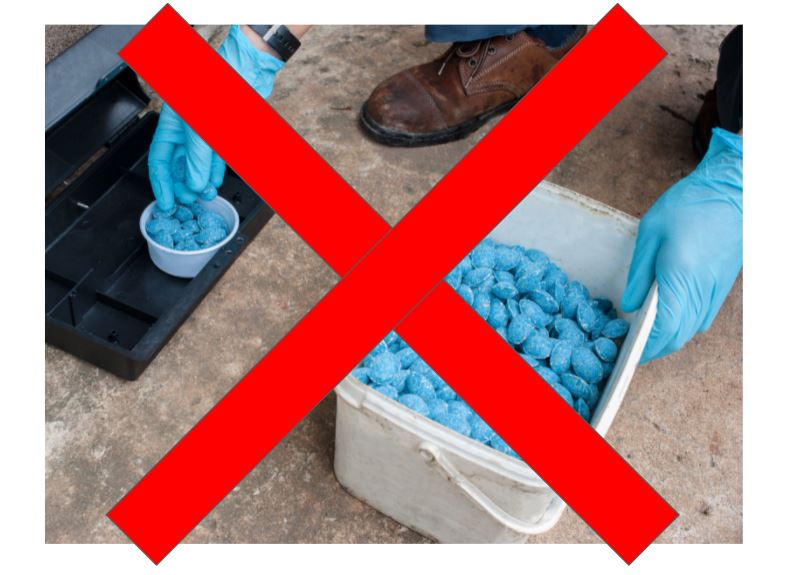 Rat poison seems like such an easy way to get rid of a mouse or rat problem. I mean, all you need to do is set the bait out and then wait for a rodent to wander over and eat it, right? Then the mouse or rat will go away and peacefully die somewhere else, and all your problems will be solved.

Unfortunately, this happy little narrative is not true. 🙁

In fact, using rat poison has SEVERE consequences that the little warning label on the bag doesn’t talk about.

As you will learn below, rat poison is incredibly dangerous to kids, pets, and other wild animals. Not to mention it’s also possibly the most inhumane way to kill a rat or mouse.

Here are 5 reasons you shouldn’t use rat poison at your home: 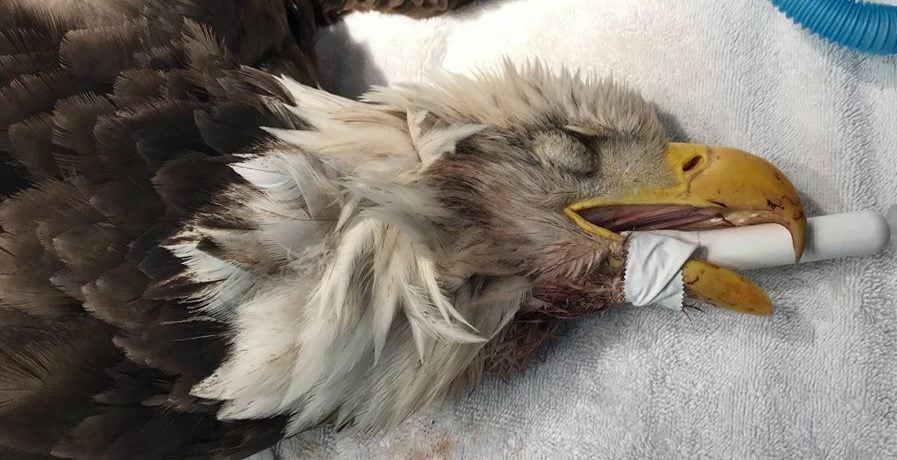 When you use rat poison, which is also referred to as a rodenticide, it doesn’t kill the mouse or rat quickly. Instead, these poisons typically take a few days to finish off the rodent while it slowly dies.

During this time, when the mouse is alive but is on its way to death, it is still actively running around. But, as the poison continues to take effect, it starts to slow down and act quite dazed and lethargic. Eventually, rodents are limited to just stumbling around before finally succumbing.

Here is the HUGE problem:

Over the few days that the mouse is dying, it makes an easy meal for predators! Just imagine a hawk sitting in a tree when they see a big, plump rat wobbling around. It thinks it just found an easy meal and consumes the entire thing.

Unfortunately, now the hawk has rat poison in its body, which can cause massive problems that will most likely end in death. Nearly every raptor species is susceptible, from eagles to hawks to owls. In fact, owls are hit especially hard since their diet isn’t as varied as other raptors and consists of mostly rodents. 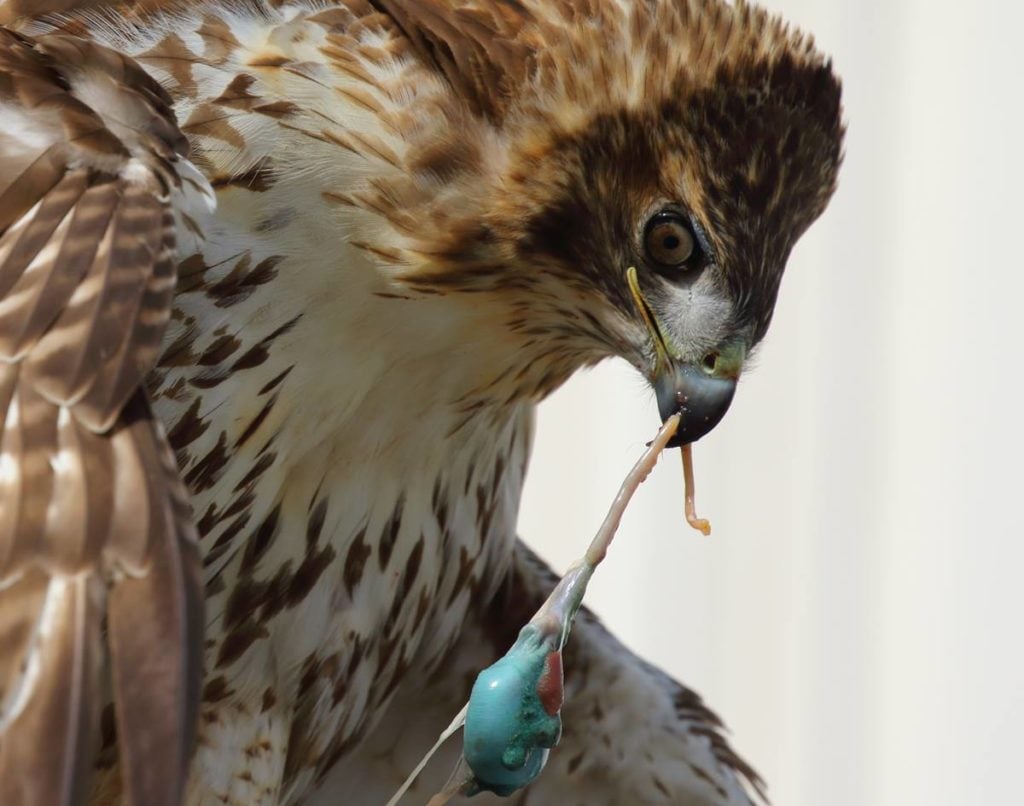 And it’s not just birds of prey that are dying. Poisoned rats also make easy meals for foxes, bobcats, raccoons, skunks, wolves, bears, and many other predators and scavengers.

In addition, your pets (dogs and cats) are also in incredible danger when rat poison is used. We are going to discuss this in more detail below (#3).

In case you haven’t seen it before, below is a picture of two different types of rat poison pellets.

What do you think it looks like? Honestly, nothing about rat poison screams, “Don’t eat this stuff, or you might die.”

This fact is especially true for young children. Unfortunately, many kids think it is pretty or resembles candy, and they end up eating rodenticide every year.

Are you ready to hear some troubling stats?

And the crazy part is that many kids that eat rat poison have no idea that it is hazardous because it tastes good. Remember that these dangerous foods are considered bait and have to be appealing to rodents, so they typically include ingredients like peanut butter or molasses (which makes them taste sweet, so they eat more).

In my opinion, the risk of a toddler accidentally ingesting rat poison should mean this dangerous substance should NEVER be used. 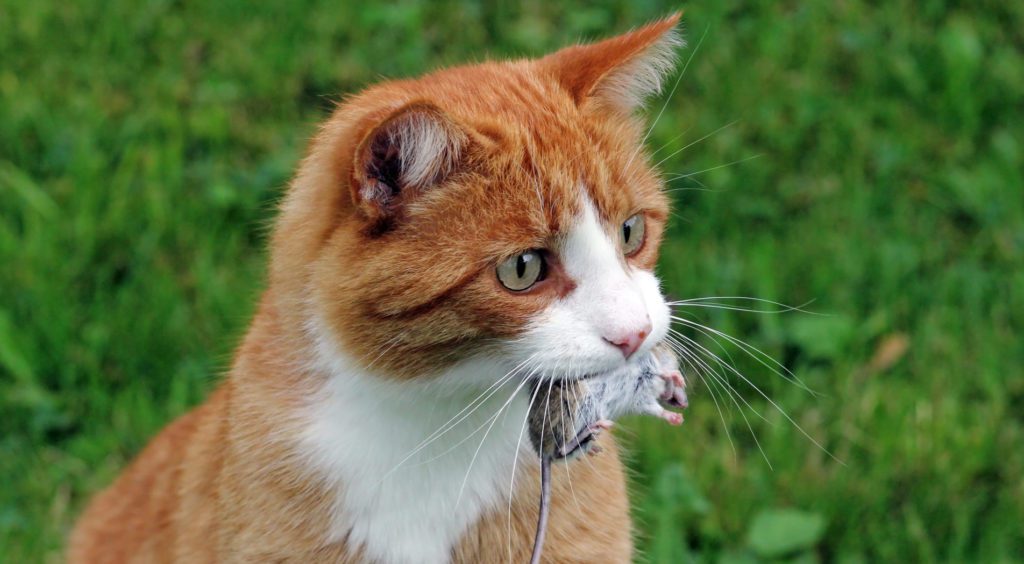 How would you feel if your rat poison ended up killing your dog? Or the neighbor’s dog? Or the cat that lives down the street?

It’s incredibly sad but true. Every year, many pets get sick and die from ingesting rat poison.

From a dog’s point of view, a rodenticide doesn’t smell or taste like poison. Instead, it’s made to taste and smell good so that the victim will eat it. Ingredients such as peanut butter and molasses are added to make it appealing.

You may think that you hid the poison somewhere great or covered it up so no other creatures could access it. But all it takes is one dedicated animal to slip by you, and the pet doesn’t get another chance.

Also, dogs and cats are going to be incredibly curious when a dying mouse is stumbling across the yard. Many times, they chew on or eat a rodent that has ingested rat poison. As we discussed earlier, this secondary poisoning is almost as dangerous as eating the toxin itself.

#4. You have no control over where the mouse will die.

Rat poison works incredibly well. Once a mouse has eaten some, it is going to die, even though it typically takes a few days.

Since death is not immediate, rodents can scurry around and hide anywhere they want while they suffer. Typically, they go and hide in all sorts of places. Such as inside your walls or in your attic.

In fact, most people never locate the dead rodent after it has eaten rat poison.

If the rat died inside your house and you can’t get rid of the carcass, you have a huge problem. Now there is dead, rotting flesh that you can’t access to clean up, which can create a few issues.

First, a dead rat can smell INCREDIBLY bad as it rots and decays. And since it died out of sight, you really have no idea where to find it. Even if you did, how are you going to get inside your wall?

Second, the rotting flesh attracts flies, that lay their eggs inside it, which then hatch into maggots. Those maggots then turn into more flies. Some people have reported entire infestations of flies after using rat poison, which was way worse than just having mice in their house! 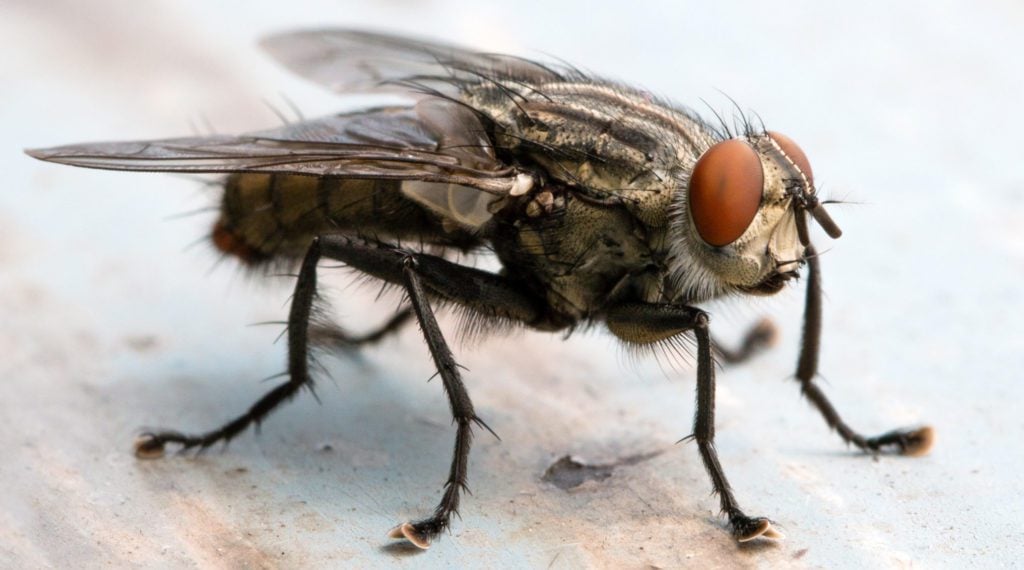 The bottom line is that you DON’T want dead rodents in your house that you can’t find!

Death by poison seems like one of the cruelest ways to die (along with glue traps). Instead of instant death, rodenticides take days before finally killing their victim. Along the way, they deteriorate slowly and endure an incredible amount of pain and suffering.

You may not care about this fact.

But I do. And I know a lot of other people do too.

Mice and rats aren’t evil. They are just trying to survive. I know we don’t want them in our house, but there are much more humane ways of dealing with them than using rat poison.

There are countless traps out there that kill rodents instantly. And as a bonus, you can dispose of the mouse yourself, so it doesn’t die somewhere inside your house.

Have you ever tried a LIVE mouse trap?

Every winter, it’s inevitable that a few mice come into our house that we need to deal with.

I have used mouse traps in my house before and always DREADED checking them. I didn’t enjoy seeing dead mice. Even worse, there were a few times when the mouse wasn’t quite dead yet.

Instead, I have been using traps for the past few years that don’t kill the mouse. This trap just captures them, and then I can release them into my woods.

Instead of not looking forward to checking the traps, it has turned into a fun activity that I do with my kids. They love when we catch a mouse, and we can take a walk together to release it. It gives us a chance to talk about nature and the circle of life too.

In case you’re interested, here are the live traps that I use:  Check $$ on Amazon 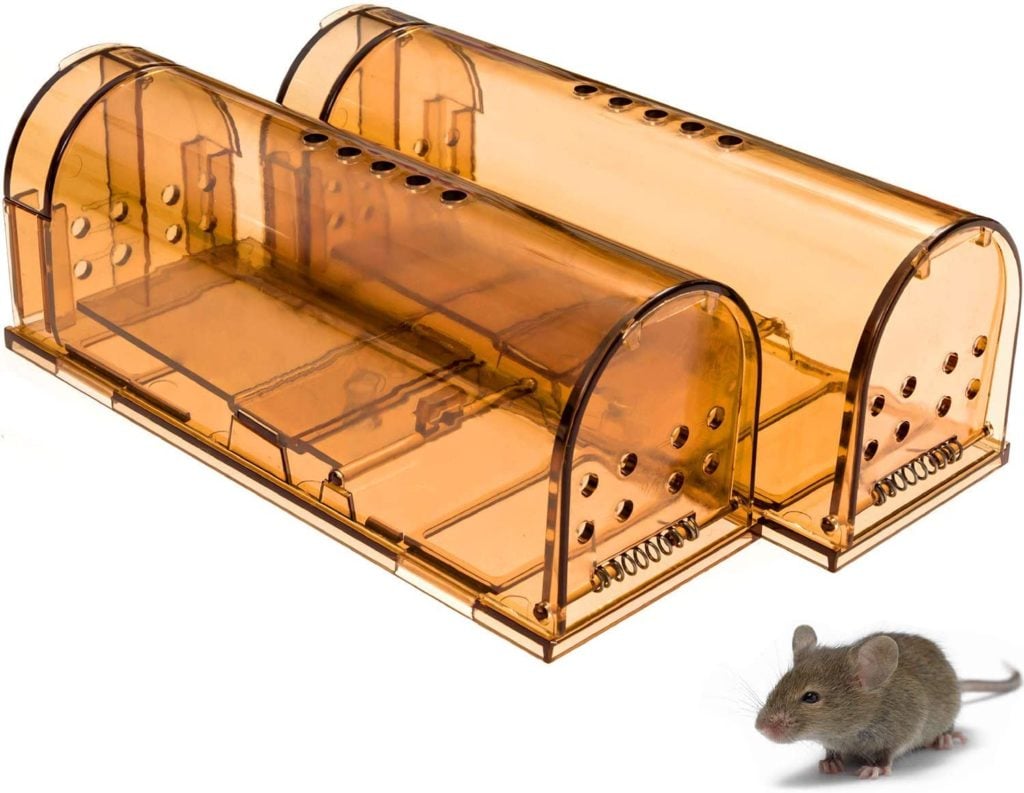 Just make sure that once you set one of these traps, you put a reminder on your phone to check it within 24 hours. You don’t want to accidentally leave a mouse trapped inside, as that defeats the whole purpose of a “live” trap. And never set the trap in the sun!

If you want to catch a rat, you will need to use a bigger live trap. Check out this option here.

Today, I hope you learned all the reasons why you shouldn’t use rat poison.

Not only does it cause incredible suffering to the victim, but the poison can potentially harm children, pets, and other wild animals. Not to mention you may have several rotting rat carcasses hidden in your house!

If you have a significant rodent problem, I highly recommend calling a local professional exterminator to help you. And make sure you tell them that you don’t want any rat poison used (or glue traps).

Once you have the mice or rats under control, you need to think about why they came in the first place. Ask yourself these questions:

I’d love to know what you think. Let me know below!